2 months ago at 9:27 am ET
Follow @IanLogue
Posted Under: Patriots News 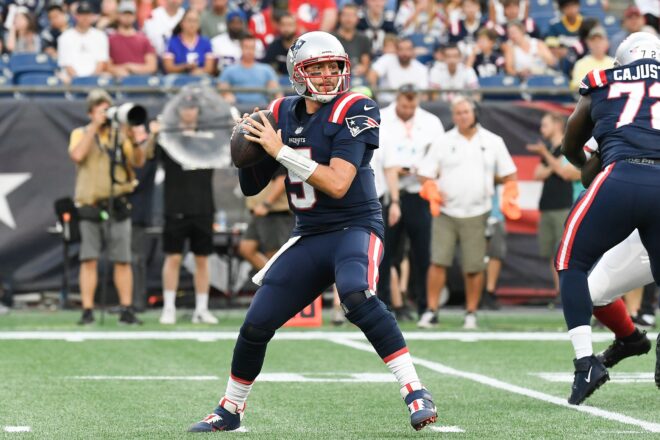 The big question heading into this weekend for the New England Patriots will clearly be whether or not back-up quarterback Brian Hoyer can get the club a win in Green Bay.

On the surface, it’s hard to imagine Hoyer going into Lambeau Field and pulling off the upset.  His last start in Kansas City against the Chiefs in 2020, which coincidently also came in Week 4 of that season when Cam Newton couldn’t go due to COVID-19, certainly doesn’t leave most fans with a lot of confidence, especially given how poorly it went.

It’s certainly a game Hoyer would like to have back.  He finished the night completing 15-of-24 for 130-yards and an interception, but it ended up being mental issues and miscues that ultimately did him in.

In fact, he actually had played well enough early on that the Patriots had an opportunity to pull off the upset.  They held the Chiefs to just six first-half points defensively and Hoyer put them in position to head into the locker room either ahead or tied after New England, who was trailing just 6-3 at the time, had marched down to the Kansas City 13-yard line.

But facing a 3rd-and-9 with just 0:10 left to go in the half and with no timeouts left, Hoyer did the unthinkable and took a 13-yard sack rather than throw the ball away.  Worse yet, he got up after the play and signaled for a timeout they didn’t have, which essentially revealed he was unaware of the situation.

The dagger for Hoyer ended up being when he took a sack and lost the football early in the third quarter at the Chiefs’ 10yd line, squandering another scoring opportunity.  Kansas City instead took the ball back 85-yards on 7 plays the other way and scored, giving them a 13-3 edge and ending Hoyer’s evening after he was pulled in favor of Jarrett Stidham. 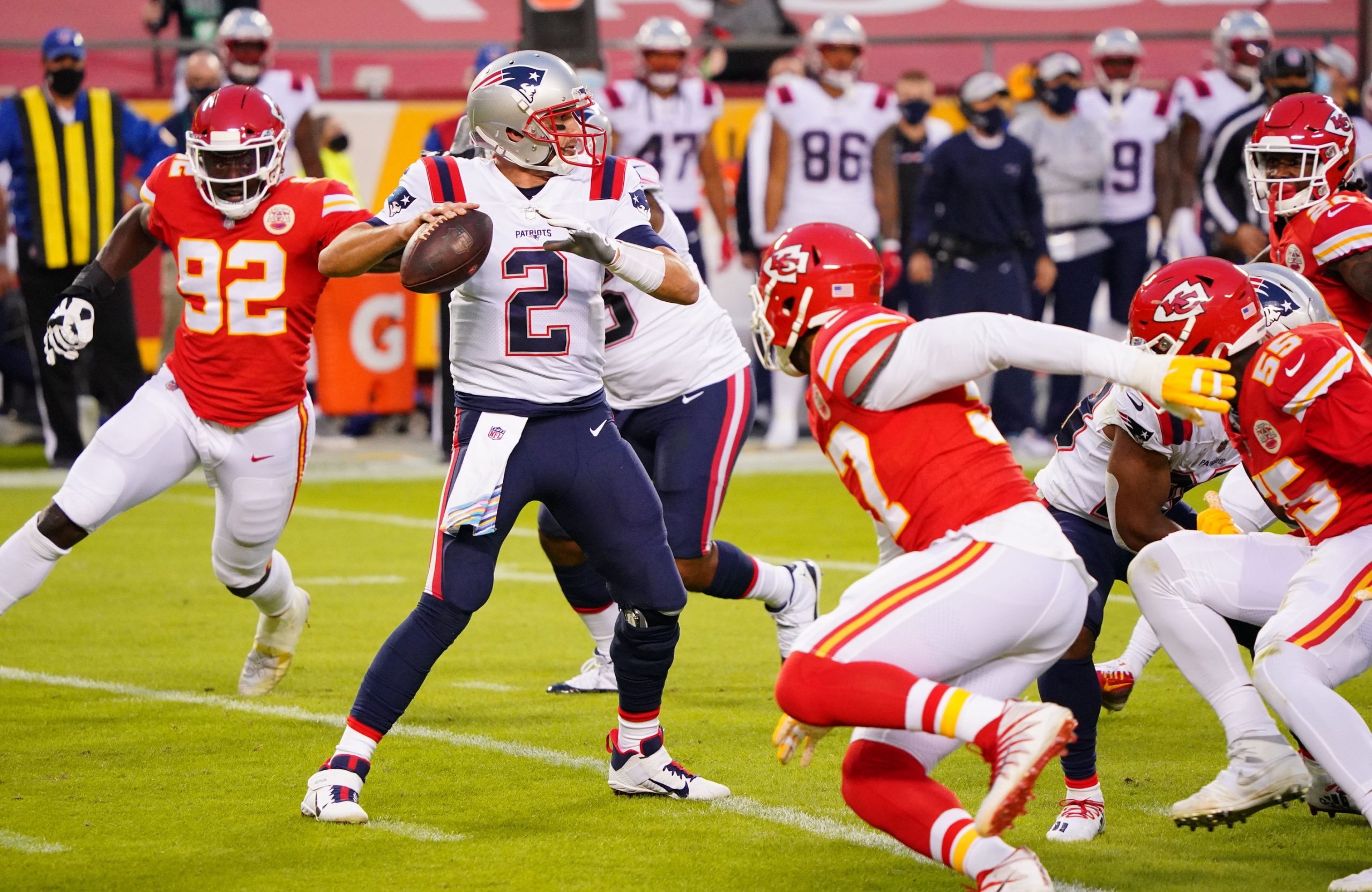 Hoyer was asked about that game on Wednesday and brushed it off, saying that it’s in the past and he’s looking forward to trying to help his team win on Sunday.

Oddly enough, it’s a fairly good opportunity for the veteran.  He heads into this weekend with a deeper group of offensive skill players around him compared to his last start, and he’s coming off of a fairly good preseason where he looked relatively sharp after completing 13-of-18 (72.2%) for 136-yards along with a touchdown.

The only downside is that out of the 10 people he targeted in the preseason, only DeVante Parker (1 target, 1 completion of 17yds), Lil’Jordan Humphrey (1 target, 1 completion of 4yds) and Jakobi Meyers (1 target, 0 receptions) will likely be active for this one, which means he’ll have to build some chemistry in game situations with everyone else on the fly.  Hoyer said Wednesday that the additional practice reps should help alleviate some of that, and he feels getting the execution down ahead of the contest should help.

“For me, if I get to take more practice reps, that obviously is beneficial and hopefully you take that,” said Hoyer. “Coach Belichick always says … practice execution becomes gameday reality. I know Julian [Edelman] likes to use that one a lot. I’ve heard it a million times. Obviously, hope it translates to that.”

The Packers come into this game at 2-1 and just managed to beat former Patriots quarterback, Tom Brady, after hanging on to a 14-12 win on Sunday. In that game, Green Bay managed to get a big win on the road, holding Brady and the Buccaneers offense to just one touchdown.  Now, they’ll instead face a team that is reeling a bit after losing their starting quarterback, as well as playing in front of their own home crowd.

Still, it’s possible the Packers could look past the Patriots and given how New England’s defense has been playing, all Hoyer has to do is avoid turning it over and hopefully make a few more plays. It’s obviously going to be challenging, but for now, Hoyer is taking it in stride and he’s looking forward to the opportunity, which he knows he’ll need to be ready for.

“At this point you don’t know how many chances like this you get anymore,” said Hoyer.  “So obviously, it’s a part of the job. You’re always ready to play. So for me, it’s an opportunity to go out there and have fun, and go out and execute really. Have fun.”

“I really love my teammates, what they do, how hard they work. So an opportunity to go out there and play with those guys.”