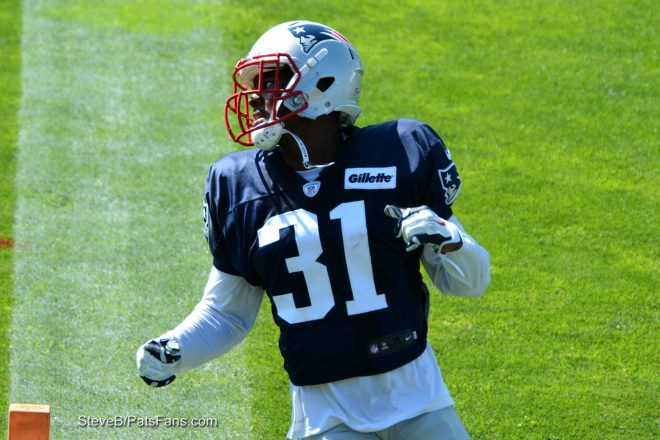 Good morning, and happy game day for the Patriots’ home opener of the 2020 NFL season. Here are your weekly Patriots news 09-25 and some NFL notes this week. Today, the Patriots face the Baltimore Ravens’ big rivals for the past 20+ years.

The Ravens are a bunch of “angry birds” since they blew a 21-point lead at halftime to fall 42-38 to the Miami Dolphins. After an impressive…and explosive first half, the offense slowed, and the defense, especially the secondary, had numerous breakdowns as Tua passed for 6 TDs and 469 yards passing.

At halftime today, the Patriots will honor Patriots great Vince Wilfork, who will don the red jacket and be inducted into the team’s Hall of Fame. Wilfork was an icon for Patriot fans and one of the best nose tackles of his generation in the NFL. He relayed a funny story of meeting Bill Belichick in Miami when the team visited last year.

Wilfork said he saw Belichick on the treadmill, and when he walked up, Belichick, shocked at how much weight “Big Vince” had lost, was at a loss for words. “WTF…What!? Belichick said. Wilfork got a big chuckle at that.

Well deserved, Vince. There are so many big memories of Wilfork, but my favorite will always be the interception and return against the Chargers in 2011. I was in the crowd during the game and got a great picture of his return.

I wrote last week that Overreaction Monday with the Jets fans was premature. After their Week 1 loss to Baltimore, Jets fans wanted backup QB Mike White as the starter. Joe Flacco finished a distant third. Do you think that changed a bit after the huge comeback against Cleveland?

Patriots Players to Watch Against Baltimore:

The Patriots and Ravens have been fierce rivals during the Brady-Belichick era, and that rivalry continues with Lamar Jackson and, for the first time Mac Jones at QB. Although the Patriots have a 9-2 record against Baltimore in the regular season, the teams are locked 2-2 in the playoffs, and both losses for New England came at Gillette Stadium. Like so many others, this one will be a tough physical affair.

So, here are our Patriots players to watch today.

Jonathan Jones — Jones is always drawing the toughest assignments, and today gets no easier. Jones will draw the Ravens’ young, explosive wide receiver, Rashod Bateman. Bateman is averaging about 27.8 yards per reception this season.

Jones will probably have safety help deep, but it will once again be a very tough task. Baltimore likes to attack down the field for big chunk plays, and Jones’ job is to take away the deep shots.

Look for the team to try to keep everything in front of them today.

Nelson Agholor — The flip side of this is the Patriots’ wide receiver deep threat Agholor against Marcus Peters. Peters is one of the better cornerbacks in the league, but he tore an ACL last season.

He is still working his way back from that injury and was on a pitch count last week. He was a full participant at Friday’s practice, as Baltimore’s secondary looks to be in much better shape heading into the game. Brandon Stephens and Marlon Humphrey were full participants.

If Peters is still a bit limited, it could be an area that the Patriots look to attack. They have to be able to stretch the Ravens’ defense, and Agholor will be the primary guy to do just that.

Jabrill Peppers — The Patriots signed Peppers in the spring as he has been working his way back from an ACL injury. With the possibility that Kyle Dugger is out this week with an injury, Peppers will likely be tasked with covering Baltimore TE Mark Andrews.

Peppers is (when healthy) a dynamic performer who can lay the lumber. He had a couple of big hits last week in Pittsburgh, although covering Andrews, Jackson’s security blanket and a favorite target in the red zone, is another tough assignment.

“I think it helped me overall. Now I feel like I can play deep safety. Play in the box. Play the nickel. Play linebacker. I’m not afraid to set the edge, take on linemen, fullback-type body,” Peppers said this week.

Kendrick Bourne — The Patriot wide receiver who has been in Matt Patricia’s doghouse play (a bit) last week, but as the team needs more dynamic playmakers on the field, he needs more snaps and targets this week.

DeVante Parker has been a non-factor in games thus far (2 Ints and only 1 catch when targeted), and Jakobi Meyers is questionable. Bourne needs not just to play but be a big part of the game plan this week.

Isaiah Wynn — Baltimore has a young talented pass rusher in Odafe Oweh. However, he hasn’t had a sack yet, and he’ll be looking to get off the schneid against the Patriots. Mac Jones needs time to go through his progressions and Wynn has to be on top of his game today.

Justin Herron: The Patriots traded the tackle to the Las Vegas Raiders and a 2024 7th-round pick for the Raiders’ 6th-round pick in 2024.

Herron was high on many analysts’ expectations this summer as the #3 swing tackle on the depth chart. And with rumors swirling that the team may trade Isaiah Wynn, he may have even competed for a starting spot. But he performed unevenly this summer.

Yodny Cajuste is now the swing tackle, and by bringing back former Patriot Marcus Cannon as the 4th emergency tackle, Herron became expendable.

Britain Covey: The Eagles’ undrafted rookie punt returner was very excited on Monday night. He was elevated from the practice squad and was gearing up for his first regular-season NFL action. But it didn’t quite work out the way he envisioned.

The Eagles’ parking lot attendants refused to believe he was a player and would not let him park in the players’ lot. He was then forced to park with the fans and joined tailgaters for a photo session before finally getting into the locker room and the game.

Chase Winovich: The former Patriot, now Browns’ linebacker, was placed on IR this week. He aggravated a hamstring injury that has caused him to miss a large chunk of the preseason. As a result, he’ll miss at least the next four games.

The Patriots drafted Winovich in the 3rd round (77th overall) in the 2019 NFL Draft. He was traded this spring for Mack Wilson.

The slate of games for Week 3 and my predictions are straight up for this week.

Bills Defense Banged Up Ahead of Big Matchup With Miami: What was billed as a big test for Tua Tagovailoa and the Dolphins offense. But the Buffalo Bills defense is really banged up and will be missing several key defenders, with others limited.

Jets Nearly At Full Strength For Matchup With Cincinnati:

Although the New York Jets have several players questionable for the matchup today against the Bengals, head coach Rober Saleh said he expects all of them to play. If so, the Jets would be at full strength other than starting QB Zach Wilson.

Jets offensive Laken Tomlinson was asked by the NY Post what a defensive lineman would feel, lining up across from him. “I hope it’s fear. I hope they feel fear looking at me.”

“Yeah, we definitely saw him as a nose tackle. That’s what we drafted him for. Of course, his rookie year when we had Keith Traylor, he played defensive end. He played out of position which I think was a real good introduction to us to the versatility that he has for sure. He’s not really a 3-4 end but that’s what he played. Keith [Traylor] was the nose. It was kind of the reverse when we took [Richard] Seymour. Richard [Seymour] played nose his rookie year before we moved him out back to end, which was really his right position for him. But Vince [Wilfork] handled it well there. He was just one of those players you had to get in the lineup. You had to put him somewhere. It was easier to move him than Keith [Traylor]. So that’s what we did. But yeah, Vince [Wilfork] is a really, very athletic guy. I want to say he still holds the shot-put record in the state of Florida in high school. Which, whether he holds it or not, the fact that he’s up there, that high, for that long is pretty impressive. He can run, very light on his feet. I mean for such a big guy, I think good balance, and tremendous playing strength. Great competitor, very smart, good communicator. He was a good team leader. Great team captain. So he brought a lot to this organization on and off the field for a long period of time.”

Patriots head coach Bill Belichick asked if he saw Vince Wilfork as a nose tackle when he was drafted and if he was surprised that Wilfork was so versatile.

By: Bob George
If the fact that the Patriots actually forced the Buffalo Bills into three punts is the only real positive of the game, you more or…
5 hours ago