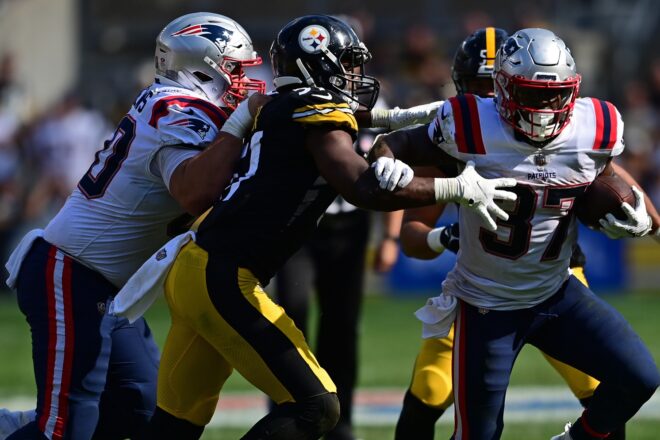 The New England Patriots earned their first win of the 2022 season with a hard-fought road win over the Pittsburgh Steelers by a final score of 17-14.

Heading into the contest, it marked the 500th game under Patriots owner Robert Kraft dating back to his first season in 1994.

Other notable moments from the win included kicker Nick Folk tying the NFL record for most made field goals under 50 yards at 56 straight, wide receiver Nelson Agholor recording his first 100-yard receiving game as a Patriot, quarterback Mac Jones tossing the second-longest touchdown pass of his career, and cornerback Jalen Mills hauling in his first interception as a Patriot.

The Patriots will look to have their first winning streak when they return to Foxboro for their home opener against the Baltimore Ravens this Sunday at 1 pm EST.