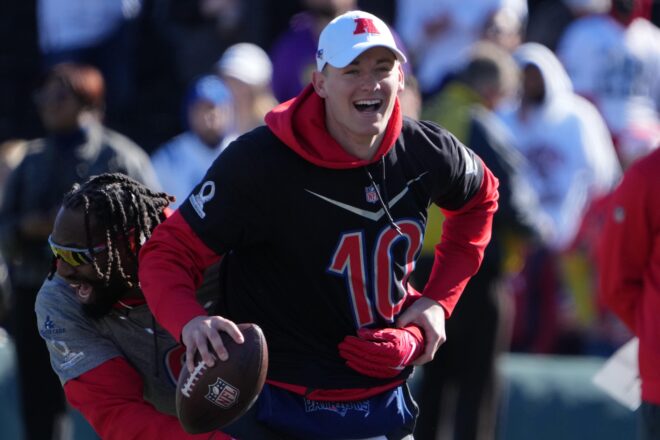 Sunday night marked the premiere of NFL Network’s annual countdown of the top 100 players in the league as voted on by players.

In his debut season, Jones clearly impressed many of his NFL peers as he led the Patriots back to the playoffs while throwing for 3,801 yards and 22 touchdowns to lead all rookie quarterbacks.

As for Judon, he was a key leader for the New England defense after putting together a career season with 12.5 sacks and earning his third straight Pro Bowl honor.

You can watch both NFL Network segments highlighting both players by clicking the Watch on YouTube links below.

How Was This Article?
Posted Under: Patriots Video
Tags: Mac Jones Matthew Judon

By: Ian Logue
Some good news on Wednesday as rookie wide receiver Tyquan Thornton was out at practice, which hopefully marks the start of his return toward getting…
7 hours ago

By: Ian Logue
Patriots quarterback Mac Jones was back at practice again on Wednesday, which doesn't make much sense given the severity of the high ankle sprain he…
8 hours ago

By: Russ Goldman
In this episode, we look back at the Patriots loss to the Packers, and then we look ahead to the Lions game.
10 hours ago

By: Ian Logue
The New England Patriots are continuing to get ready for the Detroit Lions this weekend, with Bill Belichick's team trying to avoid their third straight…
13 hours ago