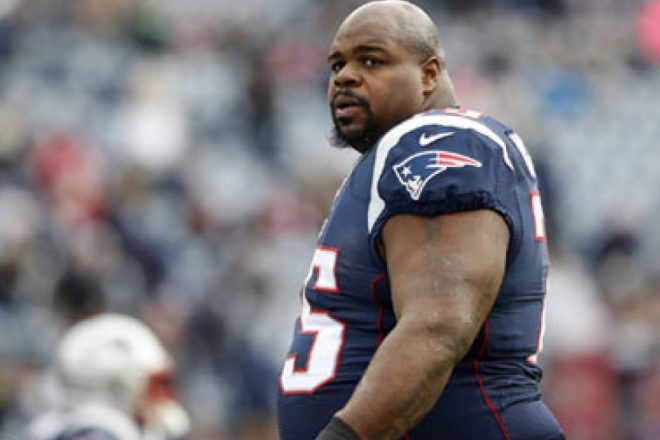 The New England Patriots finally announced this year’s Hall of Fame member, with a popular player getting the call on Tuesday.

Former defensive tackle, Vince Wilfork, saw his name be selected, which will see him become the 32nd member of the Patriots Hall of Fame.

Patriots owner Robert Kraft released a statement, with Kraft discussing Wilfork’s contributions and what he meant to his team during his playing days here in New England.

“It’s my pleasure to announce Vince Wilfork as our 2022 Patriots Hall of Fame selection,” said Kraft. “For more than a decade, Vince was a dominant defender in the trenches and anchored some of the best defenses in franchise history.”

“His contributions on the field propelled the Patriots to four Super Bowl appearances during his 11-year career. He was a big man with an even bigger personality and a huge heart. He quickly became a fan favorite in New England. I look forward to presenting him his Patriots Hall of Fame jacket.”

The Patriots drafted Wilfork back in the first round with the 21st overall selection back in 2004 out of the University of Miami.  He immediately made his way into the starting role, with his first start against the Colts in the home opener that year ending with four tackles and a fumble recovery.

He finished that season with 49 tackles along with 2 sacks, 3 passes defended, and 2 fumble recoveries during New England’s second-straight Super Bowl-winning season and their third championship in four years.

Overall, Wilfork spent 11 seasons in New England before eventually playing two years in Houston prior to his retirement.

The date and time for Wilfork’s enshrinement has yet to be determined, but it will likely come at some point early in the season.  Richard Seymour and long-time cheerleader directory Tracy Sormanti were both inducted on October 23rd last season, the day before New England’s home game against the Jets that year, with Sormanti being honored posthumously following her passing on December 4, 2020 following a three-year battle with Multiple Myeloma.

By: Steve Balestrieri
“Jimmy was practicing and then decided not to play. Jacoby played with no ligaments in his thumb, which you can’t do that as a quarterback."
8 hours ago