9 months ago at 11:47 am ET
Follow @IanLogue
Posted Under: Patriots News

1) The critics continue going on about the New England Patriots’ decision to select Chattanooga’s Cole Strange in Round 1 during the 2022 NFL Draft, which seems to include the repeated mention of the Los Angeles Rams’ reaction to Strange’s selection.

The Rams apparently had him on their board at pick #104, which would have been well into Round 3 and head coach Sean McVay is shown in a viral video smiling and laughing about how they can apparently take him off their list.

Rams reaction to Patriots selection of Cole Strange at #29.

That moment with McVay is something members in the media continue falling back on, with that video seemingly being played on a loop.  Coming off a Super Bowl-winning season obviously gives them more credibility than they had previously, but it certainly doesn’t mean they’ve been 100% perfect by any means.

Look at 2021.  With their first pick, they selected Louisville receiver Tutu Atwell in Round 2, who in his first season ended up not seeing the field at receiver while being a mediocre kick returner who was injured and fumbled on one of his five returns.  He was rated by several scouting reports as a 4th-5th round pick.  The Rams took him in Round 2.

Again, it’s been said here a few times that despite Bill Belichick having said he would have taken Strange at #21, the more likely scenario is that someone they wanted came off the board during the slew of trades that suddenly took place ahead of them late in Round 1 prior to when they were on that clock.

Who that was, only Belichick knows but the decision to move back eight slots may have, in fact, cost them.  Albeit by trading back, the club ended up with not just the #29 pick, but also the #94 and #121 selections.

They flipped the #94 pick to Carolina after trading out of the round and turned that into pick #137 and the Panthers’ 3rd round pick in 2023. The #137 selection turned into quarterback Bailey Zapp, while #121 ended up as Arizona State cornerback, Jack Jones.

Time will tell how each of these players develops, but it’s a reminder that each team has a different way of doing things and it’s not always correct.  As for the Patriots, it remains to be seen whether or not the players taken over the weekend here in New England will meet the club’s expectations, but the same can certainly be said in Los Angeles as well. 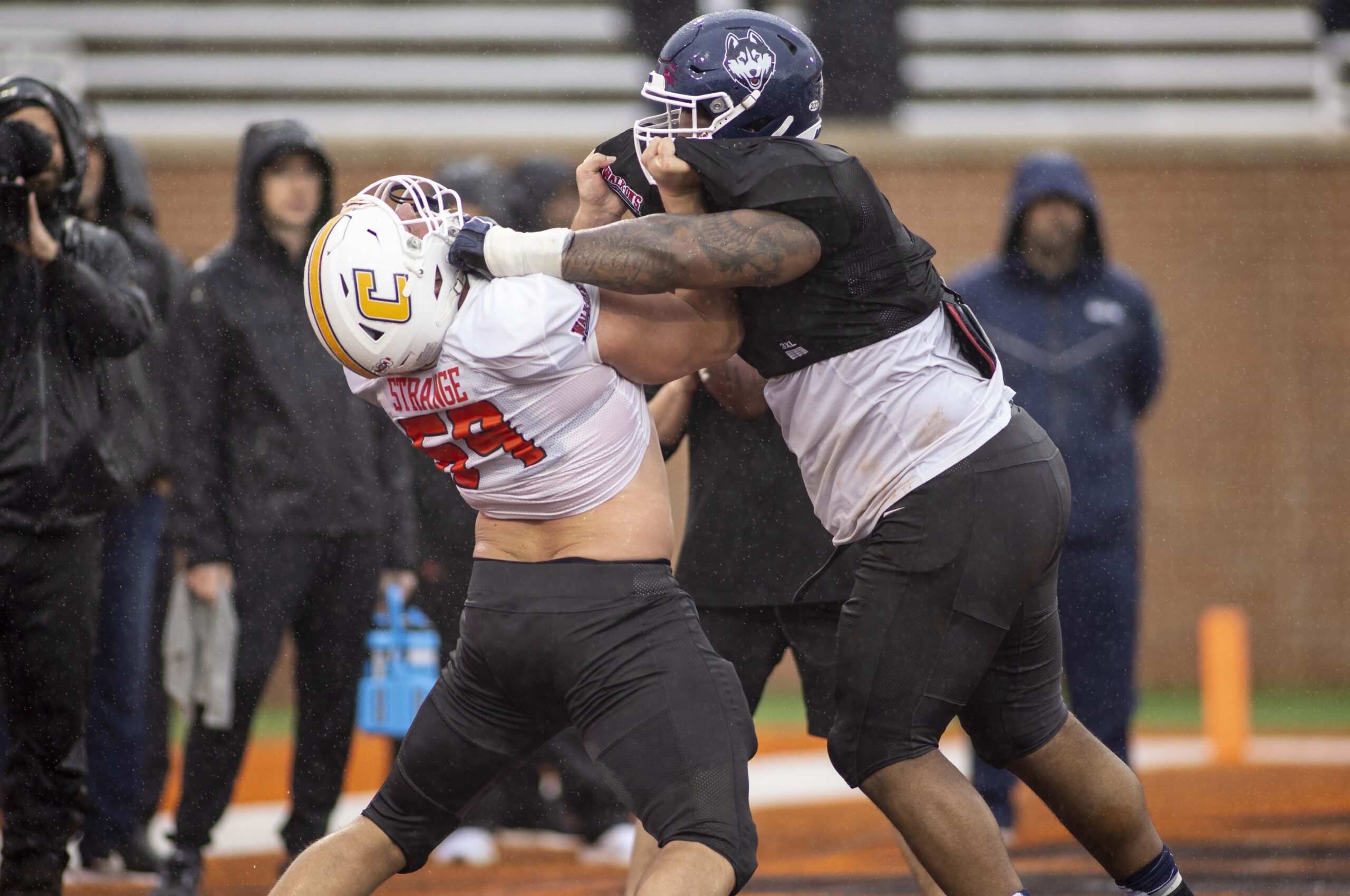 2) Peter King calling Strange’s selection a “naive” move by Belichick is also irritating, as King doesn’t know the circumstances around the decision. There were reports that New England was apparently aware that another team had planned on targeting Strange in Round 2, which left Belichick with a difficult decision to make, and they simply pulled the trigger and took him right where they were.

King’s reaction was even if he was, “so what?”, citing a play in the Senior Bowl practice where Strange lost on a rep against UConn defensive lineman, Travis Jones.  He also believes the Patriots could have gotten him at #54, which the club had instead used by trading up from to #50 to take speedy WR, Tyquan Thornton.

For King to make that call from afar while obviously not taking into consideration the context of how things unfolded is frustrating.  Had New England traded out of Round 1 and back into Round 2, it’s entirely possible they could have missed out on Strange again and not addressed a critical inside offensive line position that will be responsible for protecting their most important asset in Mac Jones in 2022.

Belichick is someone who tends to try and focus on the big picture, which will obviously be critical to the club’s success moving forward.  Who Strange was at the Senior Bowl likely won’t be who he is by the end of the season and if that ends up being the case and he can keep Jones upright while opening up holes in the ground game, it’s safe to say the decision will probably be looked at differently.

3) Meanwhile, one player who met with the Patriots leading up the draft was Nevada wide receiver Romeo Doubs, who went fairly high on Day 3.

The Patriots had met with the standout from Nevada for what was their third time leading up to last weekend.  He caught 80 passes for 1109-yards and 11 touchdowns in was a very impressive season in 2021.

That followed up a ridiculous season where he caught 58 passes for 1,002 yards and nine touchdowns in just nine games in 2020, including one performance where he went for over 200 (219-yards) against UNLV that season.

Doubs’ name ended up being called by the Green Bay Packers, who ended up taking him with the #132 overall selection.

The versatile wide receiver was excited at the opportunity to be a member of the Packers, telling reporters he was looking forward to getting to work.

“I think coming to Green Bay, is truly the biggest blessing I’ve ever received,” said Dobbs during his conference call with reporters.  “I’m really just excited and just blessed, and just thankful to be a part of something special.”

Doubs was both an explosive athlete and a solid player in the return game, but the Patriots ended up taking a different approach.  They selected their WR in Thornton out of Baylor in Round 2, while 3rd Round pick, Marcus Jones, appears to be the likely candidate to potentially earn a role returning kicks. 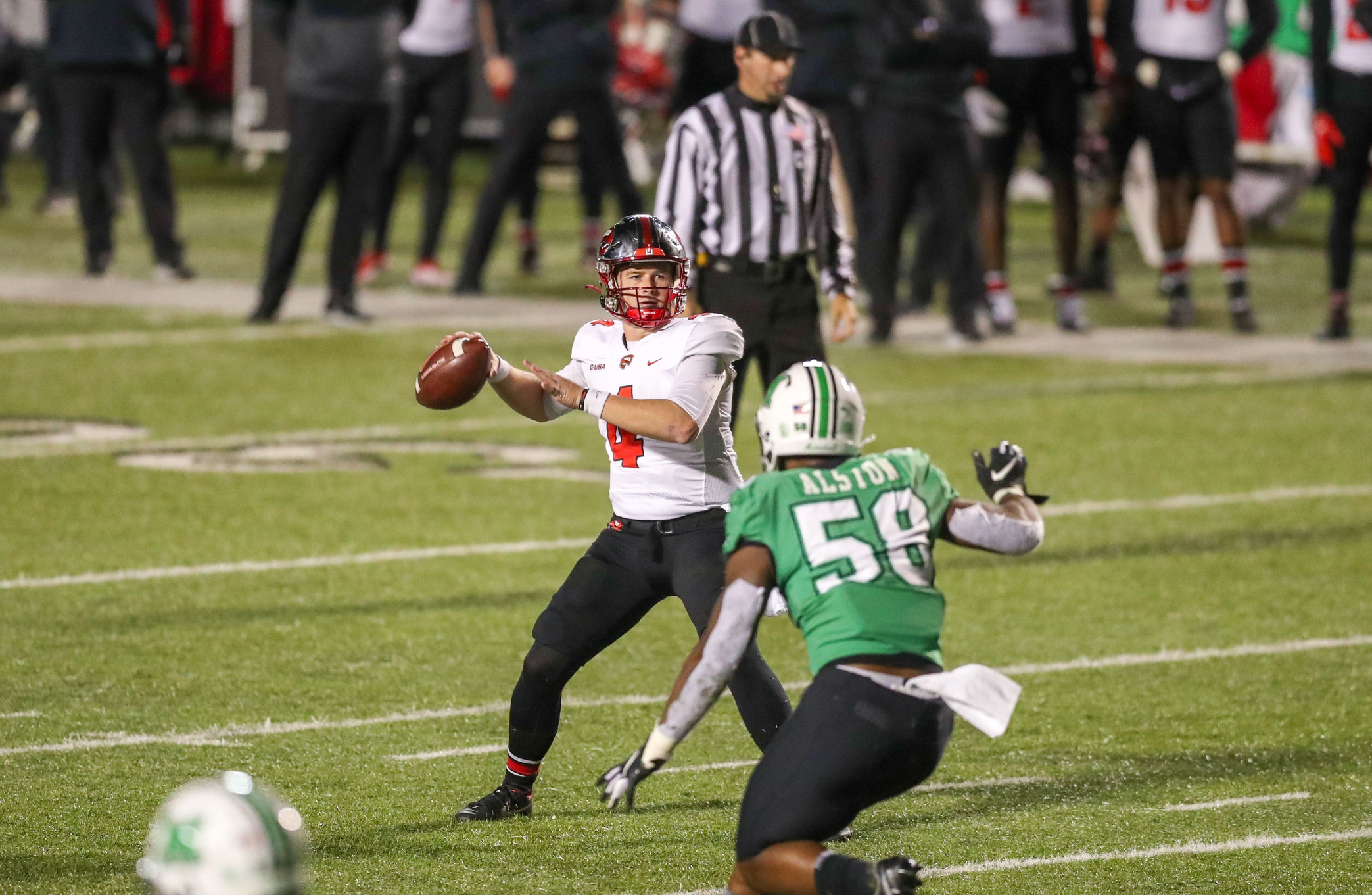 4) Another player who was reportedly on New England’s radar was Brown University quarterback E.J. Perry, who ended up down in Jacksonville as an undrafted free agent.

That whole situation turned into a bit of a mess after the Ivy league QB was originally set to sign in Philadelphia, but the Eagles apparently only approached him after they felt Nevada’s Carson Brown was going to decline their offer.

Instead, Brown signed with Philadelphia, shutting that door while leaving Perry having to continue shopping his services before the Jaguars ultimately brought him in.

The Patriots ended up addressing their quarterback position by taking Bailey Zappe in Round 4 over the weekend.  They also added Miami’s D’Eriq King as an undrafted player, with King expected to also potentially be in the mix as a receiver.

5) Monday marked the deadline for fifth-year options being exercised for the 2019 first-round picks, and one player here in New England didn’t fall into that category.

The Patriots obviously declined N’Keal Harry’s option, with the disappointing receiver having not found himself traded before or during the draft.  His future is likely in doubt, with a crowded group that includes last year’s additions Nelson Agholor and Kendrick Bourne, as well as recently acquired DeVante Parker, who is expected to potentially a handle Harry’s previous duties.

Out of all the 32 players selected in Round 1 in 2019, nineteen of them had their options picked up, which included players like Kyle Murray, Nick Bosa and Josh Allen.