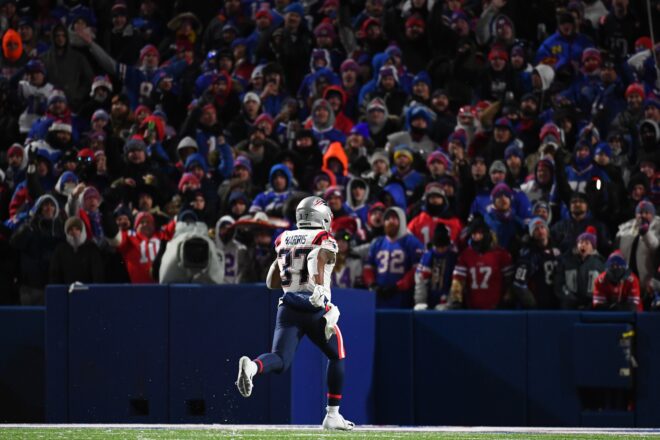 Playing the same team three times in the same season is very difficult. The teams are very familiar with each other and they know the opposition tendencies. This is a lot like the Mickey Ward vs Auturo Gatti trilogy of fights. Their 2002 fight was the fight of the year and fight of the decade. Lowell’s Mickey Ward eked out a majority decision over the heavily favored Gatti. The second fight was all Gatti as he won a decisive victory on all three scorecards. The third and final fight was in 2019 and it was another fight of the year as these two warriors just slugged it out for 10 rounds. Gatti won another unanimous decisive decision. The two fighters hugged at the end of the fight and eventually both fighters were sharing space in the emergency room of the hospital. The respect they had for each other was great and they became close friends until Gatti’s untimely death. How will the 3rd act of the Patriots vs Bills play end?

I am not going to repeat the roster analysis since I have done that twice in the recent past. Instead I will analyse what the teams will do and try and prevent the other team from doing.

When the Bills Run the Ball – The Bills have made Devin Singletary their primary back and in the last 4 games, all wins, Singletary has been the leading rusher. The Patriots held him to 39 yards on 12 carries in December. He is the only player they held! He has had 86, 110 and 88 yards against the other three opponents. To be fair, the other opponents were Carolina, Atlanta and the NY Jets, a combined 16-31. I am more afraid of Josh Allen in a true Run Pass Option (RPO). Allen’s ability to run, extend plays in the backfield when pressured, and scramble to extend drives is what scares me. The Patriots Defense must put pressure on Allen while maintaining the discipline of their rush lanes. Do not lose outside containment. Matt Judon cannot be Flying By like he has been doing lately. In Judon’s defense, he has been held consistently held and the officials have not called it. Since mid-season, the opposition has been scheming to keep Judon in check. No one has stepped up on the defense to take up that role. For instance, Judon was making a lot of plays by coming down the line of scrimmage hard after the ball carrier and tackling for little or no gain. The opposition has stopped this and only allowed him to do it when they want the QB to run a naked bootleg.  Getting Christian Barmore back from his knee injury would be a huge bonus for the Pats.

The Patriots’ run defense has been a shambles in 3 of the last 4 games. They are giving up an average of 153.75 yards a game. Buffalo ran for 114 yards back in December. I would think the Patriots need to stop the run and force Allen to be one dimensional.

When the Bills Pass the Ball – The Bills have an excellent QB in Allen who played his best game of his career against the Patriots in Foxboro. The weather for that game was unusually warm (40+ degrees). The weather on Saturday night will not be, as they are predicting single digits, wind at 9 mph. Not very conducive to passing the ball. The Bills will have Cole Beasley and Gabriel Davis back for this game. The Pats have Jalen Mills on the COVID list and he is questionable if he could be ready for Saturday night. At the very least, he is not practicing all week. Davis is a nightmare matchup and he actually had Jalen Mills beat for what would have been the winning TD in the first game except for the heroics by Myles Bryant.
Allen is a strong armed QB and he can pass through a little wind. He is also a very cocky individual. Because he possesses a strong arm, he thinks he can throw into very tight windows. This is where he can make mistakes with turnovers.

The Bills offensive line will be bolstered by the return of top back up Jon Feliciano. In the December 26th game in Foxboro, the Bills had Dion Dawkins and Spencer Brown back for that game. They made a huge difference limiting the Patriots pass rush and kept Josh Allen clean without a sack all day.

When the Patriots Run the Ball – The Patriots have one of the best rushing offenses in the league. In the first game with Buffalo in that horrendous wind, they were able to establish a run game. They ran when the Bills knew they were going to run and were dominant. In the second matchup the Bills jumped ahead and forced the Patriots to play from behind. The Patriots defense was never able to stop the Bills in that game. Despite playing from behind, the Patriots still ran the ball and put up 149 yards rushing. Damien Harris had 103 yards and 2 TDs in the game. With 7:21 left in the game the Pats were down 26-21.

The Patriots did not have Rhamondre Stevenson available for that game. Spreading the carries amongst all three backs (Harris, Bolden and Stevenson) will keep them fresh. Harris is still bothered by the hamstring strain. This could be a game for the hard-pounding Stevenson.

Buffalo is not good against the run. Yeah they stopped the Jets and held them to 49 yards. Atlanta still ran for nearly 100 yards. They played 3 of the last 4 games at home. Carolina, the only decent team they played, besides the Patriots, ran for 151 yards. I expect this to be another run heavy game.

Star Lotulelei is back for this game. He will back up Harrison Phillips who is having an outstanding year. Phillips can be dominant against the run. AJ Epenesa didn’t play in the last Patriots game and is available for this game as well. Greg Rousseau and Jerry Hughes on the edge along with AJ Klein, Matt Milano and Tremaine Edmunds is a formidable group. Add in the safeties Jordan Poyer and Micha Hyde also can support in the run game. This group is the #1 Defense in points scored against, and #3 in takeaways. Consequently the Patriots D is #2 in points against and tied at #3 with Buffalo in takeaways.

When the Patriots Pass the Ball – Don’t expect the Patriots to pass the ball. I am not convinced that Mac Jones can play in cold weather. This is not a knock against Jones, but as a rookie coming from a warm weather college (SEC Alabama) and growing up in the Jacksonville Florida. He has never played in cold weather before this year. This is also his 18th game of the year. The rookie wall is real. Opposition coaches now have a book of Jones tendencies. That was evident with the pick six last week by Miami. Who is Jones favorite target (binky) on 3rd down? It’s Jakobi Meyers. I thought the Dolphins would put Xavier Howard on Meyers. They didn’t, but he did abandon Agholor in coverage to undercut Meyers route. If Jones had passed the ball to the inside, Meyers still catches the ball. He threw outside and the result was six points for Miami. As stated earlier the Bills are a takeaway machine. They try and strip the ball every play and their safeties are ball hawks too.

Special Teams – The Patriots special teams have been very disappointing this season. I am placing the blame squarely on Special Teams coach Cam Achord. Every year Bill Belichick keeps special teams only guys on the roster. Outside of Matthew Slater and Nick Folk, the Special Teams have not been very special. Last week’s covering of the Long Snapper was the straw that broke the camel’s back. Everyone knows you can’t cover the long snapper anymore. Lawrence Guy is a veteran and should know better. These types of stupid, self-inflicted wounds are what could kill the Patriots.

Folk has been outstanding this season and should have been selected to the Pro Bowl. He has not missed a kick inside 50 yards since the 1st week of 2020 season. Kicking may be difficult for both teams in the swirling wind of Highmark Stadium.

Final Analysis – I think the Bills have much more talent than the Patriots do at this time. Josh Allen has played three years in Wyoming which better prepared him for playing in adverse weather. The Bills receivers are better than the Patriots Defensive Backs. The Patriots should be able to run the ball against the Bills. Both defenses are highly ranked and both takeaway the ball at a high rate (30). Who is going to make the mistakes? Who will lose their focus and poise? In order for the Patriots to win they must stop the run, and in particular the run/pass option. Second, they must contain Josh Allen and get pressure on him at the same time. The final play in the win at Buffalo was an all-out, zero blitz. They sped up Allen’s decision-making process and he threw to the wrong receiver.  The pass ended up being knocked away by Myles Bryant. They need to find the balance between pressure and containment. Allen had 65 yards rushing in the win at Foxboro. On the offensive side Jones needs to step up and not play like a rookie. The Bills will be showing 10 in the box, indicating a blitz. The receivers and QB must be on the same page. It’s going to be noisy in the stadium, and If they are working off a silent count, the O Line cannot be fooled by the shifting lineman. The Patriots need to come out hard and fast, dominate the lines of scrimmage. They cannot trail by 2 TDs and expect to win in Buffalo.
I expect a close hard-fought game with Buffalo coming out on top 21-10.