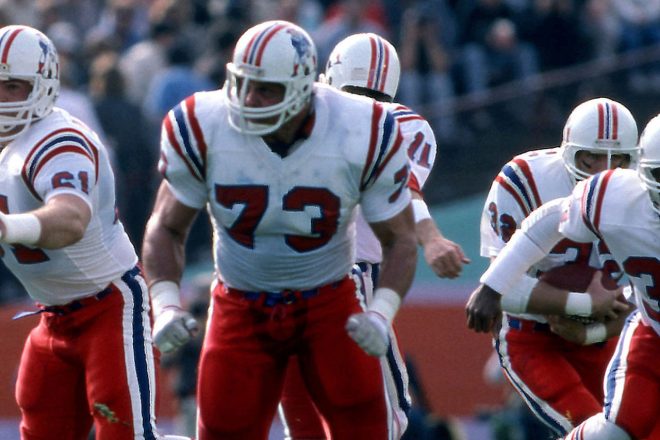 For 13 professional seasons, guard John Hannah became one of the greatest offensive linemen in the history of the NFL.

A New England Patriot for his entire career following his selection at four overall in the 1973 draft out of the University of Alabama, Hannah earned nine Pro Bowl selections, seven first-team All-Pro honors, and a spot in both the Patriots and Pro Football Hall of Fames.

Over his career, Hannah made 183 starts and missed just five games due to injury. In 1978, Hannah led an offensive line that set an NFL record with 3,165 rushing yards, a record that stands to this day.

In 1985, Hannah retired from the NFL following the Patriots appearance in Super Bowl XX.

So where can Hannah be found today post football?

In the latest episode of the Patriots produced “Do Your Life” web series, the team catches up with the Hall of Fame guard back in his home state of Alabama where he works at his cattle farm

Check it out for yourself below.