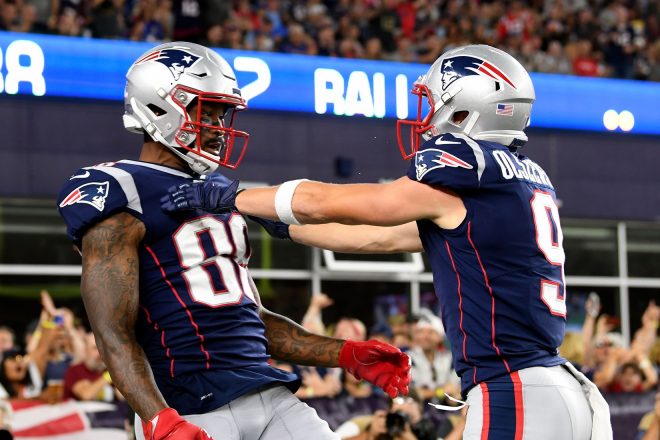 Tragic news hit the NFL community on Thursday night when it was announced that former NFL wide receiver Demaryius Thomas had passed away at the age of 33.

According to an ESPN report, local police said that Thomas was found dead in his home with preliminary reports indicating Thomas’ death might have resulted from a medical issue. Family members and former teammates have stated he had been suffering from seizures in recent months.

The Denver Broncos, who drafted Thomas with the 22nd overall pick in 2010 and helped win a Super Bowl title during his nine seasons with the team, released the following statement;

We are devastated and completely heartbroken.

Demaryius' humility, warmth, kindness and infectious smile will always be remembered by those who knew him and loved him. pic.twitter.com/0GLZIr6UP3

During his time in Denver, Thomas became one of the league’s elite receivers, making the Pro Bowl four times and helping the Broncos win its third Super Bowl championship with quarterback Peyton Manning.

“D.T. was a better person than he was a player, and he was a Hall of Fame player,” said Manning in a statement. “That tells you how good of a person he was. He treated my kids like they were his own. He was there for every teammate’s charity event.”

Following Manning’s retirement in 2015, Thomas would play two more seasons in Denver before a trade to the Houston Texans in October 2018. After a season-ending Achilles injury that season, the Texans released Thomas and the Patriots would sign him to a one-year contract prior to the onset of 2019 training camp.

It was also obvious that Patriots players, especially Tom Brady, clicked with Demaryius Thomas quickly that summer. Here's a clip of Brady and Thomas joking around on the sideline during the 2019 preseason. pic.twitter.com/JFftdy1cP3

According to @AllbrightNFL Demaryius Thomas has passed away.

He wasn’t a Patriot for long, but it was truly a joy watching him play. Rest In Peace.
pic.twitter.com/tkAGGkzTSC

Although his stint in New England lasted only a few months (he would be released during the final round of roster cuts), Thomas left a positive impact on quite a few current and former members of the team, who shared their reactions and condolences over social media.

Devastating news. I only played with DT for a couple weeks, but he immediately made an impression. Will be missed by many 💔 pic.twitter.com/4iWe0gQ1ku

Im so sad to wake up this morning to hear about the passing of my friend Demariyus Thomas. We were all blessed with his humility and positive spirit, and we will all miss him. This photo is from the Hall of Fame this past August, a source of light as always. 🙏 RIP pic.twitter.com/o3hvQN0cRz

Definitely one of the reasons I was proud to wear that old gold n white… As he would say “It’s always luv.. nun else” R.I.P. Brother🐝 https://t.co/sUgBcckOQf

We Lost a Real One.
RIP DT

Dang man… RIP D.T. And condolences to his fam

Its hard to believe the news of DT’s passing.I always knew he was a great player watching him over the years but then I got a chance to be his teammate and immediately knew how great of a person he was too.His smile and personality were contagious. My prayers go out to his family

Thomas would retire from the NFL in June of this year after one season with the New York Jets (2019) and going unsigned in 2020.