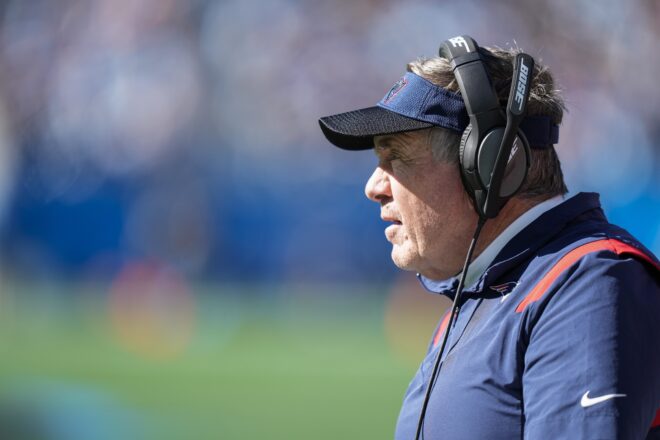 I knew this was going to be a tough game against a quality Defense.  It was strength against strength and the Patriots imposed their will on the Panthers.  You could tell how physical the game was by the number of injuries, on both sides.  I expected a low-scoring game, but it was the defense that gave the Patriots this win.

Rumors are flying that the Cleveland Browns will release Odell Beckham Jr today.  The pre-game talk shows were full of the OBJ talk.   One such rumor had OBJ linked to the Patriots and having OBJ telling teams not to claim him because he wants to play for a winner.  Specifically, he wants to play for the Patriots.  He is a mercurial type of player and would immediately give the Pats the downfield threat they don’t presently have.

Greg Bedard of Boston Sports Journal had a nice article on the Pros and Cons of signing OBJ.  Jaguars, Eagles, Broncos, Seahawks, Panthers, Washington, Chargers, and Steelers are the only teams that could claim him and fit him under the salary cap.  None of those teams are likely to claim him. Bedard also states that Belichick and Robert Kraft already have a relationship with Beckham.  He ultimately went with signing him after he clears waivers.  The main point is this would be a tryout for next year.  It would offer some confusion with Agholor and Beckham playing the same position and neither having the flexibility to play other WR positions.  Bedard also pointed out that no rookie QB has ever played in the Super Bowl.  Tom Brady was a starter only after Drew Bledsoe got hurt but he had an entire year of tutelage under Drew Bledsoe and QB coach Dick Rehbein.

If I was the Browns, I would hold onto Beckham until later in the week or even next week, after the Browns play the Patriots.

Jones a “dirty play” after strip-sack

To me, this was not a dirty play, but a QB trying to prevent a defender from getting to the fumble.  It happens all the time.  It was actually Burns fighting to get loose that caused the twist of the ankle.  I would say to Hassan Reddick who had the most to say about the play, why don’t you make more than three tackles including the sack in the game?  Then perhaps you can open your trap about plays.