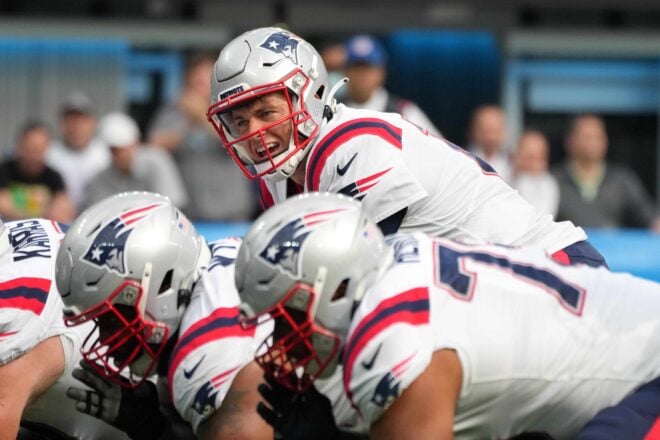 I stated I would wait until after the Patriots had played the Chargers before I would declare whether the team was a playoff contender or not.  Here they sit at 4-4 and have beaten an opponent with a winning record, on the road, after they came off a BYE week.   The Patriots are in the hunt!  The upcoming schedule is favorable for them to make a run.  Carolina is not playing well and maybe without Darnold (although that may be addition by subtraction), then they have Cleveland another 4-4 team they are competing with at home, then a trip to Atlanta.  All these are winnable games.

With that said, this was not the gem the Jets game was.  The Chargers came out fast (after the BYE week) and drove the field for a score.  They were able to do some self-scouting and extensive game-planning for the Patriots.  They ran the ball better than they have before this, aided by the 75-yard run by Justin Jackson.  The Chargers’ emphasis on the run game was exactly what the Patriots were giving them.  Let them run and minimize the passing game.  Eventually, this plan backfired on the Chargers.   The Patriots held an 8.98 Time of Possession advantage, 33.24 versus the Chargers’ 24.36.  Also, the Patriots ran 74 plays against 55 of the chargers,

By: Ian Logue
Thursday night's New England Patriots loss against the Bills started off with a miscue and then a little bit of hope, but everything essentially went…
8 hours ago

By: Mark Morse
It was a bad look on Thursday night.  The Patriots embarrassed themselves in the 24-10 loss to the Buffalo Bills.  The frustration is starting to…
11 hours ago

By: Steve Balestrieri
But rather than calling two plays during the timeout, they called their third and final timeout. That’s Football 101 stuff
12 hours ago

By: Bob George
If the fact that the Patriots actually forced the Buffalo Bills into three punts is the only real positive of the game, you more or…
21 hours ago