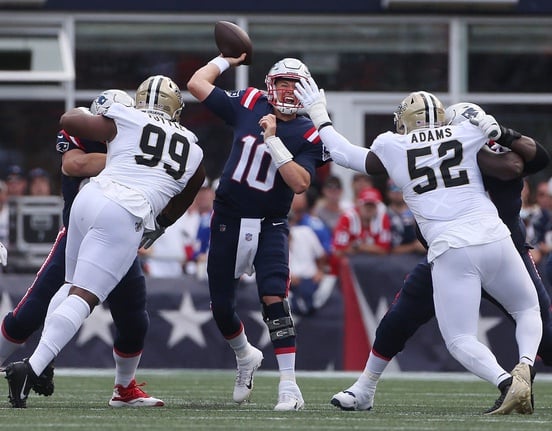 The New England Patriots found themselves on the losing end for the second time in 2021, but Week 3 against the Saints did provide some memorable moments as Julian Edelman made his return to Foxborough for a special halftime ceremony.

In addition to Edelman’s homecoming, individual performances by Matt Judon, Davon Godchaux, and Kendrick Bourne were positive steps forward for a few of the team’s free-agent signings.

Bourne logged six catches for 96 yards and a touchdown while Judon and Godchaux combined for 8 total tackles, with Judon recording 2.5 sacks.

Check out the sights and sounds from the Patriots sideline in the latest mic’d up video shared by the team below.