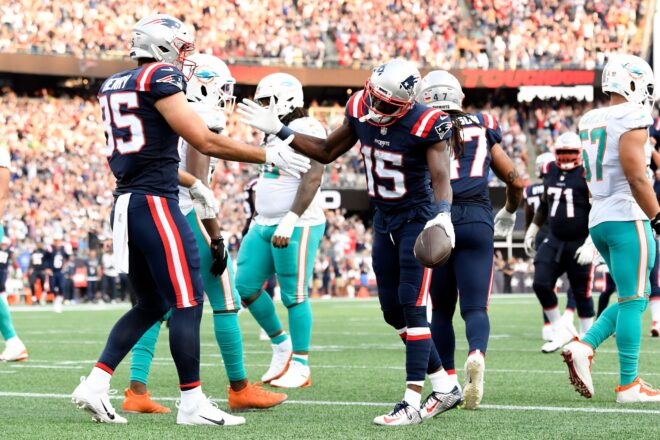 The New England Patriots may have been handed a tough defeat in week one against the Miami Dolphins, but they did show positive signs of promise moving forward, especially the debut of rookie quarterback Mac Jones.

Jones completed an NFL rookie record 74% of his throws, completing 29 of 39 passes for 289 yards and a touchdown. He also finished Sunday’s game with a 102.6 passer rating.

As is standard after every Patriots regular-season game win or lose, the team shared mic’d up sights and sounds from the sideline.

Take a look at the team’s reaction to Mac Jones’ first career touchdown pass and more behind-the-scenes footage in the link below.