1 year ago at 6:30 am ET
Follow @IanLogue
Posted Under: Patriots Commentary 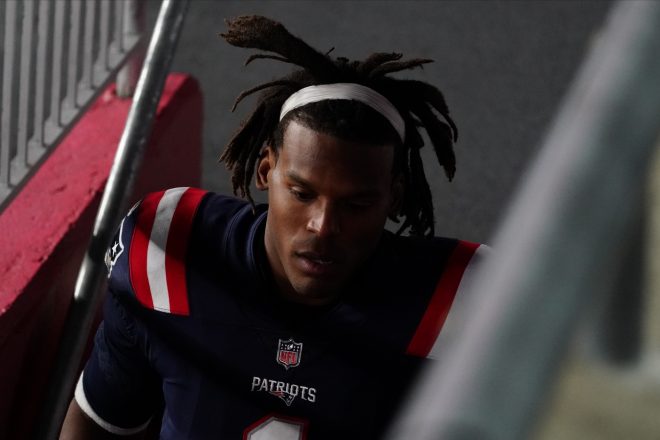 Cam Newton may be frustrated with how his tenure in New England ended, but he’s likely going to find his future to be challenging thanks largely to his own undoing.

The veteran quarterback spent much off the offseason blaming his shortened preseason in 2020, coupled with his Covid absence, as the reasons why last year didn’t quite go the way he wanted it to.  He blamed those issues for the reason why he struggled to pick up the offense and ended up leading the Patriots to their first losing season since Bill Belichick’s first year with the club in 2000.

With rookie Mac Jones coming in and picking up the offense fairly quickly, along with reportedly handling the adjustments at the line better than the veteran, Belichick made the difficult decision to name Jones the starter, leaving Newton seemingly both surprised and “bamboozled” with the outcome.

Now he’s unemployed and trying to find his next landing spot.  He still believes he’s among the top 32 quarterbacks in the game, but with the start of the season now upon us, he’s going to have a tough time finding a suitor.

After all, he spent a year saying that he didn’t have enough time to pick up the offense and blamed that on his struggles last season.  He clearly also has enough of an injury issue where he left the Patriots to go get a second opinion, leading to an absence after violating the league’s Covid protocols, which will also likely have some clubs skeptical about his health. 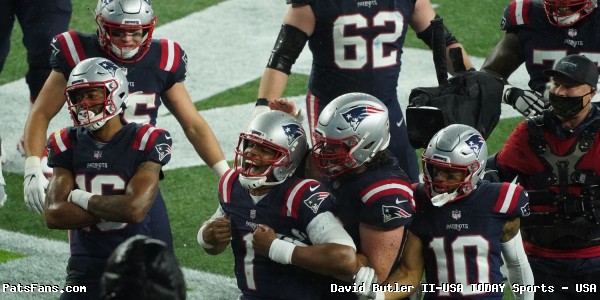 It’s unfortunate because, by all accounts, Newton is a terrific person and teammate.  However, in a league where winning is all that matters, he faces an uphill battle with obstacles he himself put in place as he tries to convince another team that what happened in New England won’t be an issue elsewhere.

That’s not to say things couldn’t turn out differently for him.  It’s well documented that his issues last season certainly weren’t from a lack of effort.  He was one of the first players in the building and one of the last to leave.  He put in a lot of hours, impressing the coaching staff while also earning him plenty of respect inside the locker room.

The problem is, despite all that, he still struggled to figure things out.  It also doesn’t help that his mechanics remain not up to par, as well as the fact he’s clearly still dealing with something physically.

It’s unfortunate, but it’s now the harsh reality he faces.  He’s a player full of charisma and it’s actually disappointing that things went the way that they did because he would have been the perfect player to fit in here over the next couple of seasons as Jones developed.

But that didn’t happen, and now he’s got a resume that includes his repeated pleas that learning a new offense was a challenge.  Given the even shorter time he’d have now, he’s probably also going to have a difficult time proving to any future team that he’ll be able to handle theirs.

It’s definitely going to be interesting and considering how things tend to go around the NFL during the season, the odds are pretty good he’ll get his chance.  But the fact he’s still available certainly tells you teams obviously have questions.

In the end, there’s no question Newton’s honesty was one of his most endearing traits during his tenure here in New England. Unfortunately, it might also end up being the reason why he may continue to have a tough time finding his next chance at redemption.