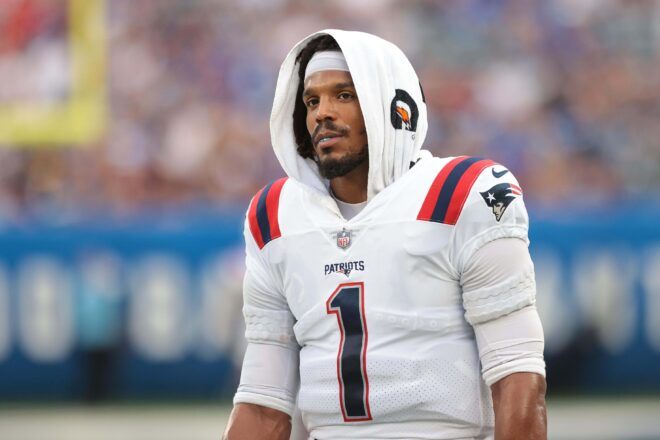 New England Patriots head coach Bill Belichick shocked the NFL world on Tuesday when it was revealed quarterback Cam Newton was released in favor of rookie Mac Jones taking over the starting job.

Despite starting all three preseason games this summer, Newton was on the field for just 39 snaps as opposed to the 107 snaps for Jones.

Newton finished the preseason with a stat line of 14-of-21 for 162 yards, with one touchdown and one interception.

Jones meanwhile, completed 36-of-52 for 389 yards, with one touchdown and no interceptions.

In the hours following his release, Newton shared his reaction to the news with a message for fans and supporters.

So why did Bill Belichick elect to move on from the veteran quarterback and former MVP?

According to a report by Adam Beasley of the Athletic, there was a “combination of at least three” factors that played a role in the decision.

Those three factors are reportedly as followed; the “emergence” of Mac Jones, Newton’s “vaccination stance,” and his “uninspiring” performance this summer.

With Newton moving on, Mac Jones will become the third rookie quarterback to start a season opener for the Patriots, joining Drew Bledsoe in 1993 and Jim Plunkett in 1971.