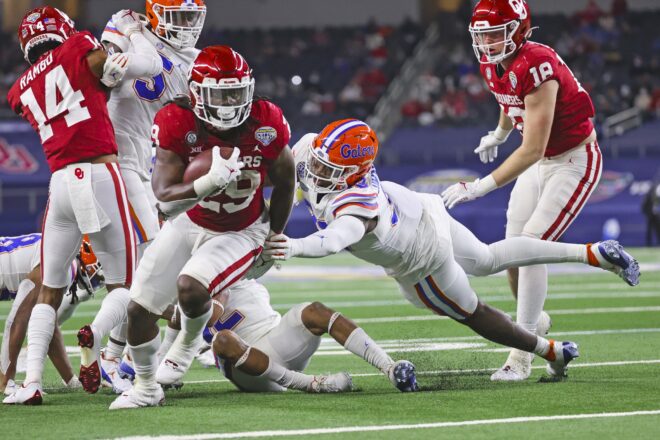 During the fourth round of this past weekend’s 2021 NFL Draft, the New England Patriots took Oklahoma running back Rhamondre Stevenson with the 120th overall pick.

Following his selection, Stevenson spoke with the media for the first time and revealed he has experience playing on all four special teams units (kickoff, kick return, punt and punt return).

The revelation caught the eye of one former Patriot who knows a thing or two about using special teams as a way to work your way up the depth chart starting out, Julian Edelman.

Following a tweet by WBZ-TV’s Dan Roche discussing another quote by Stevenson, Edelman saw an opportunity to provide some advice for the Patriots rookie back.

“Providing value on ST cannot be underrated in NE, trust me,” Edelman tweeted.

Providing value on ST cannot be underrated in NE, trust me… https://t.co/Mer7u0ZPkL

Edelman of course, spent the first few seasons of his career carving out a successful role with the Patriots on special teams before becoming a full-time starting wide receiver in 2013 following the departure of Wes Welker.

Stevenson later replied to Edelman’s advice with a simple “understood”.

Edelman’s advice for Stevenson comes at a time where the Patriots have a crowded running back room heading into camp.

Presently Stevenson finds himself behind Damien Harris, Sony Michel, James White and J.J. Taylor where perhaps, like Edelman did early on, he could instead find a roster spot through work on special teams.