With the 15th pick in the 2021 NFL Draft, the New England Patriots chose Mac Jones out of Alabama as their franchise quarterback of the future.

Over social media following the selection, the Patriots video media team shared some behind-the-scenes footage inside the teams draft war room. Check out the moment the Patriots made their decision and the first phone calls to Jones from Bill Belichick and Robert Kraft.

Watch “Inside The Patriots Draft Room” in the link below.

Which Players Did the Patriots Draft? Some Thoughts On All the 2021 Selections

By: Ian Logue
| 2021 Patriots Draft
Taking a look back on what was a productive weekend for the New England Patriots in the 2021 NFL Draft, here are some thoughts on…
6 hours ago

By: Steve Balestrieri
| 2021 Patriots Draft
“He’s played a number of different positions in Coach Saban’s defense and has worked pretty much across the front” Belichick said.
2 days ago

By: Robert Alvarez
| Patriots Photos
Christian Barmore pays tribute to his mother with emotional Instagram post after his draft selection by the Patriots.
3 days ago

VIDEO: Inside The Patriots Draft War Room The Moment Christian Barmore Was Chosen

By: Robert Alvarez
| Patriots Video
Check out the moment the Patriots selected Christian Barmore with a behind-the-scenes look into the team draft room.
3 days ago 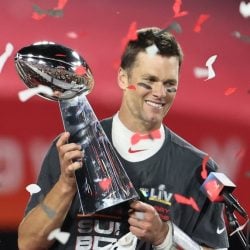 By: Robert Alvarez
| NFL News
Tom Brady pokes fun at his shirtless NFL Combine picture, referring to it as "my favorite" in tweet.
3 days ago
wpDiscuz