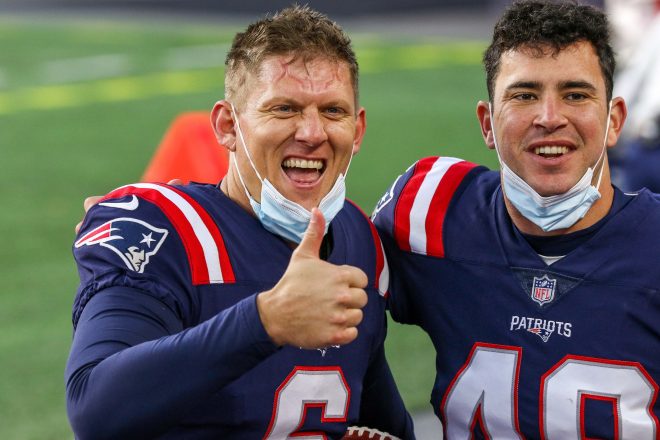 Nick Folk is back with the New England Patriots.

On Thursday, Folk agreed to return to Foxborough on a one-year deal worth $1.625 million that includes a $125,000 signing bonus. The contract can max out at $2.5 million with incentives. Terms of the contract were first reported by ESPN’s Field Yates.

After a strong 2020 season that saw Folk earn two AFC Special Teams Player of the Week honors, the 13 year NFL veteran earned his way to a third year in New England.

Additionally, Folk was the hero for the Patriots on multiple occasions in 2020, hitting two game winning field goals of 50 plus yards against the Arizona Cardinals and New York Jets. Those two kicks gave Folk the distinction as the only kicker in NFL history to win multiple games from 50 plus yards as time expired in the same season.

Before joining the Patriots in 2019, Folk had stints with the Tampa Bay Buccaneers, New York Jets and Dallas Cowboys, the latter of which he was named to his only Pro Bowl as a rookie in 2007.

After word of his signing, teammates Jake Bailey and Joe Cardona shared their excitement over Instagram.

Folk joins 2020 fifth-round pick Justin Rohrwasser and former Buccaneer Robert Aguayo as the kickers on the Patriots roster. A competition between the three for the starting placekicker job could likely take place during training camp.