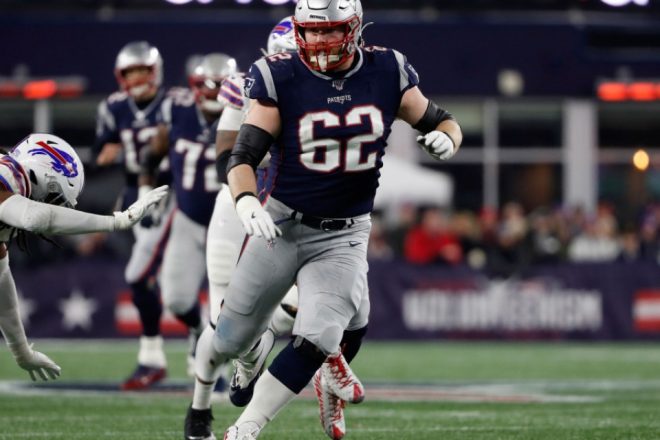 During a week that has seen the New England Patriots be arguably the most active they have ever been in free agency, the team did have to say goodbye to veteran guard Joe Thuney on Tuesday.

A third round draft pick (78th overall) by the Patriots in 2016 out of North Carolina State, Thuney started all 80 regular season and all ten playoff games for the Patriots during his five year tenure in Foxborough.

Along the way, Thuney became the first NFL player ever to start in the Super Bowl in each of his first three pro seasons, helping the Patriots win two championships in that span.

As word of his new contract made its rounds, Thuney’s Patriots teammates reacted with congratulatory messages over Twitter.

Mr. Consistency. Sad to see you go, but we’ll always have the memories bubs! pic.twitter.com/nyQxRCAtYJ