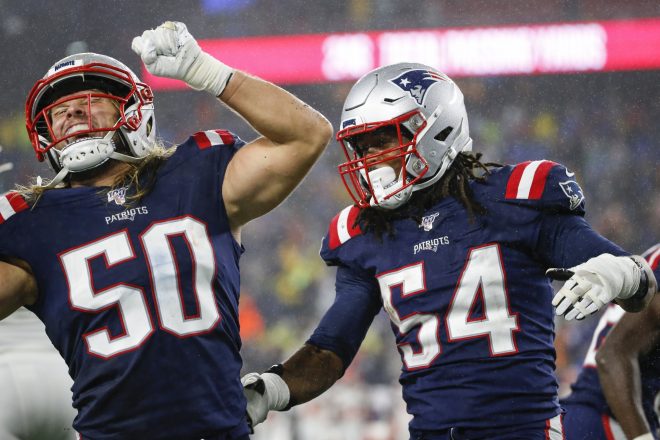 Well for New England Patriots fans in New Hampshire, it appears you have a new neighbor that also happens to play for your favorite NFL team.

Earlier this week, linebacker Chase Winovich continued to express his newfound love for “the 603”, with yet another tweet praising the granite state and he shared an Instagram photograph of himself standing in downtown Portsmouth with a caption that read “I’m home” in an apparent acknowledgement he’s a new resident.

“Ok this is real talk… New Hampshire has everything,” Winovich tweeted on Tuesday. “One moment you’re on a mountain, 30 minutes later you can be surfing, and in the same day you can be walking on the beach with someone else’s pet goats. God Tier State!!!”

Ok this is real talk… New Hampshire has everything. One moment you’re on a mountain, 30 minutes later you can be surfing, and in the same day you can be walking on the beach with someone else’s pet goats. God Tier State!!!

To take things a step further, the state’s AA minor league baseball team even invited Winovich to throw out the first pitch at a game.

Chase come throw out a first pitch this summer in Manchester

Winovich’s initial newfound love affair with New Hampshire appears to have begun in January following a roadtrip to Portsmouth.

The good news for Winovich, if he is indeed a new part-time New Hampshire resident, it’s just a 90 minute commute down interstate 95 to Foxboro from Portsmouth.

We’re onto the Red Arrow Diner.