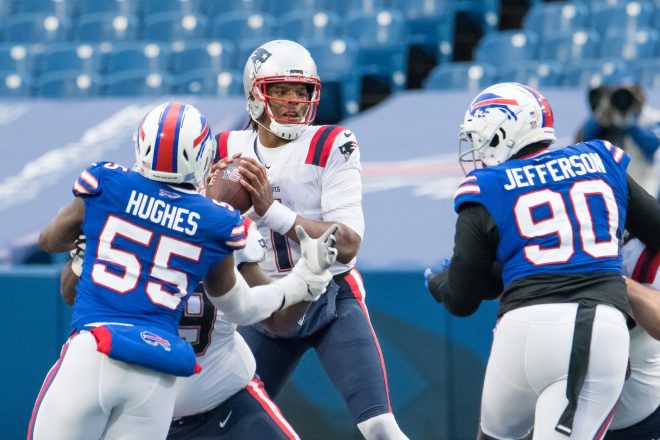 Buffalo Bills fans are riding high these days heading into their Week 16 matchup with the Patriots next Monday.

In the championship round that featured over 84,000 votes, Buffalo edged out the Green Bay Packers by reeling in 52.8% of the vote compared to 47.2%.

The prize for winning the honor? Bills fans could place a billboard declaring their victory anywhere in America.

So naturally they decided to place the billboard in the backyard of their arch-rival Patriots who after 11 years, are no longer top dog of the division.

The prize was a billboard anywhere in the world…

Unfortunately for their fans the billboard isn’t exactly in Foxboro, but rather further south down route one in Wrentham (sorry Scott Zolak).

How beautiful is this billboard in the heart of Patriots country? We ARE the best fans in football! LET’S GO BUFFALO! #billsmafia @NFLonFOX @SalSports @JeremyWGR @hsimon62 Video Cred: Myself. 🎥 pic.twitter.com/ft93Cxn1zE

Despite the “invasive” advertising, Patriots radio play-by-play commentator Bob Socci may have had the best response to the billboards appearance.

But, lest you forget, there’s a set of six ‘signs’ hanging nearby 🙂 pic.twitter.com/8vX8PaTUqi

The Patriots will look to play spoiler in the playoff standings when both teams square off on Monday Night Football next week.

Dating back to 2001, the Bills have won just twice in Foxboro.