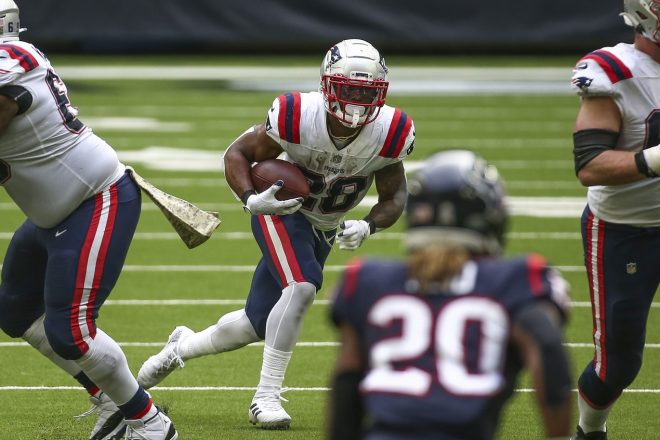 From all of us here at PatsFans.com, we all hope you all had a happy and safe Thanksgiving.

The Patriots return home to Gillette Stadium to face a dangerous Arizona Cardinals on Sunday afternoon at 1:00 p.m.

This week’s game will be broadcast by FOX and can be seen locally on WFXT Channel 25. Kevin Burkhardt will handle play-by-play duties with Daryl Johnston as the color analyst. Pam Oliver will work from the sidelines. The game will also be aired on the Patriots flagship radio station 98.5 The Sports Hub with Bob Socci and Scott Zolak on the call, produced by Marc Capello.

The Patriots have a 7-7 record against the Cardinals all-time, with a 3-1 record under Bill Belichick. The teams haven’t met since the 2016 opener with Jimmy Garappolo starting for the Patriots in a 23-21 win.

The Patriots (4-6) lost to the Houston Texans 27-20 as they couldn’t stop the running and passing of Deshaun Watson. The team lost Rex Burkhead with a knee injury as well, although Cam Newton passed for 365 yards.

The Cardinals (6-4)  lost to the Seattle Seahawks 28-21 last Thursday night. Kyler Murray was bothered by a sore shoulder and ran for only 15 yards and was slowed down in the passing game going 29-42 for 269 yards with two TDs.

The Patriots running game lost an important cog in Rex Burkhead who brought the versatility of the run and the pass out of the backfield. Damien Harris had a nice start to last week’s game rushing for a nine-yard TD on the opening possession and then was promptly put on the back burner. Sony Michel and/or J.J. Taylor will replace him, with James White the 3rd down back.

The Cardinals have lost some key cogs of their front seven. Chandler Jones is on IR, along with Corey Peters, Jordan Phillips, and Zach Allen. DT Rashad Lawrence is a possibility to return.

Look for the Patriots to try to force the issue with the running game. The Cardinals are susceptible against the run allowing just under 125 yards per game and 4.64 yards per rushing attempt. But watch for their linebackers cheating up in run support to force Cam Newton to throw.

The Patriots passing game has shown signs of life with Damiere Byrd and Jakoby Meyers starting to build some chemistry with Cam Newton. Donte Moncrief, fresh off the practice squad contributed in his first game action. It remains to be seen when or if Julian Edelman returns this season. They’ll miss Burkhead in the passing game. Lack of tight end production is a killer for this offense.

The Arizona secondary is good with Patrick Peterson, Dre Kirkpatrick, and Byron Murphy at the corner. Buddha Baker at safety, and athletic linebackers Hasson Reddick and Isaiah Simmons will crash down against the hot reads and blitz.

Look for the Cardinals to blitz Newton and dare the Patriots to beat them deep.

Next up the Arizona offense:

The Patriots’ run defense has been steadily improving with the addition of Carl Davis and the return of Lawrence Guy. But this week, they’ll face a very difficult Cardinals offense to slow down. Former Dolphin Kenyan Drake and Chase Edmonds are an excellent duo, but the scrambling of Kyler Murray puts them in another category. And we know how well (or not so well) the Patriots handle mobile QBs. Arizona is the #2 rushing team in the NFL with over 157 yards per game.

The Patriots may catch a break with Murray’s sore shoulder, he may not be able to run as much, but this should still be a big advantage for the Cardinals.

The Arizona passing game has a big-time explosive cast of characters with Murray, DeAndre Hopkins, who is arguably one of the top WRs in the league…(how could Houston trade this guy away?). Adding in burners Christian Kirk and Andy Isabella with Edmonds out of the backfield and this unit can light it up.

The Patriots secondary had a rough week against Houston and this unit is even better. They have to risk giving up the big plays by pressuring Murray and forcing a turnover or two, something he’s been guilty of on occasion. But this matchup should absolutely favor Arizona with Murray making plays with his feet.

The Patriots’ Nick Folk has been super solid and has made 17 FGs in a row. Jake Bailey is having another excellent season and helps pin opponents deep. The coverage units are solid. Arizona counters with kicker Zane Gonzalez and punter Andy Lee who are both solid, as are their coverage units. Neither gets anything from the return game, which brings us to J.J. Taylor. The feeling here is it is time to make a change and get the electric UDFA out there with the ball in his hands. The Patriots’ offense needs all the help they can get, especially this week with an offense that is going to make them score a lot of points to win.

Running Game Key to Controlling the Clock – The Patriots offense has to run the ball to be successful and that will mean Damien Harris must have a big game. He’ll be backed by Michel, Taylor, or White. We like Taylor to be a change of pace, speed guy who could give the team a boost, but they’ll probably go with the veteran (Michel).

Josh McDaniels can’t abandon the run too early this week, that will be the kiss of death against the Cardinals. Newton also will have to get involved in moving the chains.

Challenge Murray and Be Aggressive – The Patriots saw what happens when they get no pass rush against a mobile QB last week. Watson tore them apart. Murray will do worse if they don’t risk it. We expect to see lighter fronts with Adrian Phillips, Kyle Dugger, down as linebackers and risk giving up run yardage. Josh Uche could/should have a role on Sunday. They have to get after him and force him to get rid of the ball before he’s ready.

Make Special Teams, Special Again – The Patriots can’t afford any more of the starts behind the 20-yard line. We advocate moving Taylor to the active roster and giving him the chance to make something positive happen in the return game. That would also allow him to jump into the running game.

As much as we like the Gunner story, the NFL is a production-based business, and he isn’t producing. It is time to see what the rookie can do.

The Patriots’ offense will have a tough time keeping up the Cards’ offense with Murray and company. They have a shot but without a turnover or two and some special teams splash plays, they’ll come up short. The defense is going to struggle again with the speed of Arizona.   Cardinals 31-20