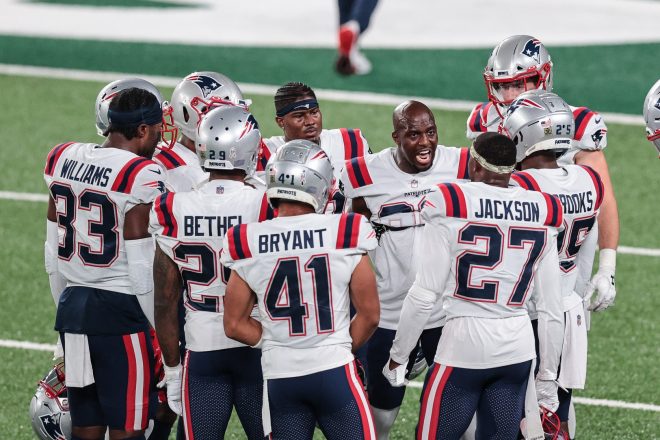 The New England Patriots snapped a four game losing streak with a come from behind victory over the New York Jets.

The game saw a breakout performance by second year wide receiver Jakobi Meyers, who hauled in a career high 12 receptions for 169 yards.

“Jakobi’s done a good job for us all year,” head coach Bill Belichick said Monday. “He’s a good route runner, really understands coverages and timing, when to be open on the route and how to take advantage of different coverage leverages.

Relive the dramatic win through mic’d up sideline sights and sounds put together by the Patriots video production team.

By: Ian Logue
With training camp now looming, the vast majority of remaining players are set to arrive at Gillette Stadium on Tuesday, with players set to go…
5 days ago
wpDiscuz