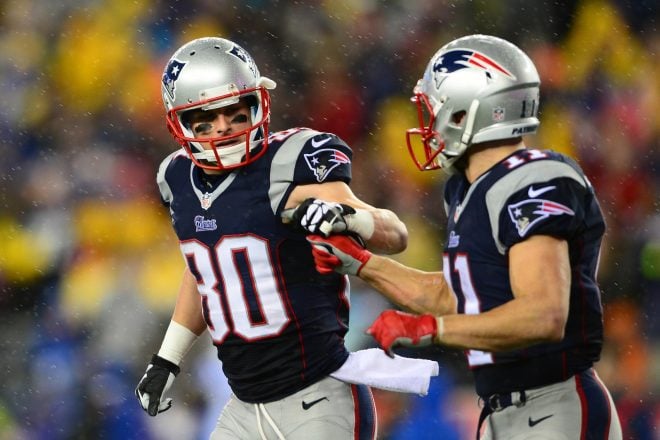 It’s been three seasons since they were last teammates, but the bromance between Julian Edelman and Danny Amendola was back on full display over social media this week.

On Monday, Edelman wished his former teammate and TV show co-star a “Happy Birthday” over Instagram.

“Just a couple of dumb kids running around, having fun. #HappyBirthdayDA80”, Edelman wrote alongside a photo of the duo.

According to NFL Media’s Ian Rapoport. on Sunday, it’s possible his season could be over.

“He had knee surgery late this week on a knee that really has been bothering him the entirety of the season. From what I understand, his knee is bone-on-bone, so he had surgery to clean things out and ease some discomfort,” Rapoport said Sunday morning. “Based on the IR rules this year, he’s out at least three games and coach Bill Belichick said he expects Edelman back this season. I talked to several people close to him, they have their doubts on if that is the case. Either way, if he returns this season he will be doing it on a knee that still hurts.”

In the meantime, it appears Edelman remains in good spirits as he celebrates his one of his closest friends.

By: Mark Morse
Both games are in the books and we have learned about several players we have not seen play.  The practices leading up to the games…
5 hours ago