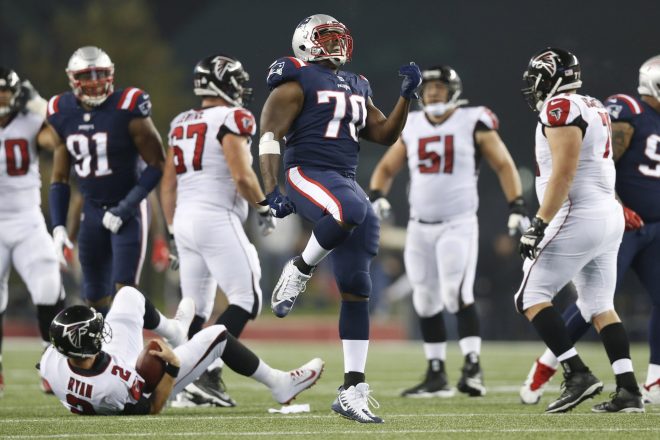 On Instagram this past weekend, New England Patriots defensive tackle Adam Butler reflected on what playing for head coach Bill Belichick has meant to him.

“Being able to say that i have been coached by the greatest coach in football history= “Life Well Spent!” When I’m old, this is definitely one of the photo album titled: “Memory Lane”. What an honor!”, Butler wrote in the post below.

Being able to say that i have been coached by the greatest coach in football history= “Life Well Spent!” When I’m old, this is definitely one of the photo album titled: “Memory Lane”. What an honor! #patriots #patriotway #practice #bill #gopats #patsnation

An undrafted free agent out of Vanderbilt in 2017, Butler set career highs in total tackles (23), sacks (6), and five passes defended over all 16 games last season, he made two starts.

So what else has Butler brought to the Patriots over his tenure? PatsPulpit’s Taylor Kyles and Bernd Buchmasser examined the tape and called him “one of the most underrated players in football”.

“Adam works hard,” Belichick told reporters in 2018. “He’s a good player. He’s a versatile guy. He does a lot of different things for us. Plays on the nose, plays on the guard, can play on the tackle, plays on the punt-return team. Whatever we ask him to do in a particular week for the gameplan, whatever the role is, he’s a very adaptable, versatile player that has, I’d say, multiple skills.”

Back in April, the Patriots re-signed Butler in free agency for his efforts and it appear’s he’s returning the love and appreciation to the coach who gave him the chance.