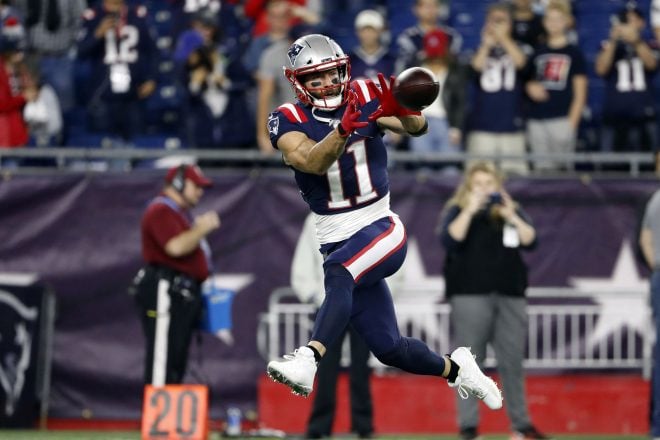 Not even a worldwide pandemic is stopping Julian Edelman from training for the 2020 season, albeit in a safe, manner.

On his Instagram Wednesday, Edelman shared a workout photograph featuring a new type of football face protection, a surgical mask.

As it stands presently, the NFL intends to start 2020 on schedule and some team facilities have begun to reopen this week.

Back on May 6th, Commissioner Roger Goodell sent a memo to all teams stating that they could begin reopening their facilities on May 19th if state and local governments will allow it and under specific health guidelines.

Presently Massachusetts isn’t starting most of its phase one reopening process until May 25th under Governor Charlie Baker.

Whenever the Patriots are allowed back, it appears Julian Edelman will be more than ready to go.