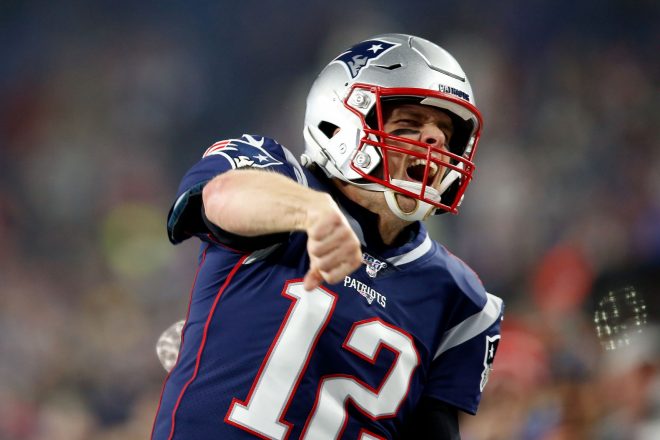 While the world rushed the aisles of stores to hoard the last of the toilet paper supply, the vote for the NFL’s new CBA (Collective Bargaining Agreement) narrowly passed 1019-959 with about 500 players not even voting.

If the Player’s Union wanted to send a strong message to the owners, they perhaps sent the wrong one. With about 20 percent of the members not even voting, it tells the ownership that the union is fragmented and weak. That won’t bode well down the road.

The big takeaways from the new CBA is that there will now be a 17-game season with one less preseason game. The seven-team playoff format with only one team getting a bye means that more teams will be resting players down the stretch

The salary cap will increase to $198.2 million, which means the Patriots should receive about another $3 million in cap space. Rosters will increase from 53 to 55 and teams can dress an additional two players on game days. The rules governing drug testing have changed and the players will receive a bigger slice of the revenues moving forward. The agreement will ensure a somewhat calm labor front for the next 10 years.

So, on to the Patriots and the possibility of bringing Tom Brady back, the new CBA should help that along. The 30-percent rule is no more so it “should” be easier to backload a contract for multiple seasons that may be agreeable to both Brady and the Patriots. This “should” make it easier for the team to restructure guys like Stephon Gilmore and Dont’a Hightower, because with the Slater re-signing and the news of Devin McCourty’s return (more below) the Patriots are running out of cap space.

With the new CBA, the sticky subject of voidable years has also been addressed as well. The Patriots added two voidable years to his deal last year, those are not allowed if the CBA is in its final year, which the league was in until Sunday. Now the team and Brady can add the voidable years to the back end of the contract, which will give the team some measure of cap space relief. For more on that see Miguel @patscap.

The rumored Brady to Tennessee train totally derailed on Sunday when it was announced that the Titans were giving Ryan Tannehill a big new contract with over $91 million in guaranteed money. That supposed door is closed. What’s left for Brady now? In reality, not much. The Tampa Bay Bucs, the Patriots, or perhaps that “mystery team” that we’ve been reading about. We’ll see; unless something totally crazy happens in the next day or so, the chances of Brady returning should be much better.

Is Tampa closer to a Super Bowl than New England? No, so if Brady were to opt to go there, it would have to be for one of two reasons. One, he just wants out of NE and would be willing to go about anywhere, or Two, the Patriots don’t want him back.

So, with the news that Devin McCourty is returning, the twins will be back for at least another season in New England. Ian Rapoport of the NFL Network reported that McCourty’s two-year deal is worth $23 million with $17 million in guarantees.

Friday the Patriots locked up Slater for another two years, so they are locking up some of their veteran players before free agency starts. Jamie Collins, Kyle Van Noy, Elandon Roberts, Joe Thuney, and Ted Karras are all free agents, but all eyes will be on #12.

And so it begins, buckle your seat belts, its going to be a bumpy night.