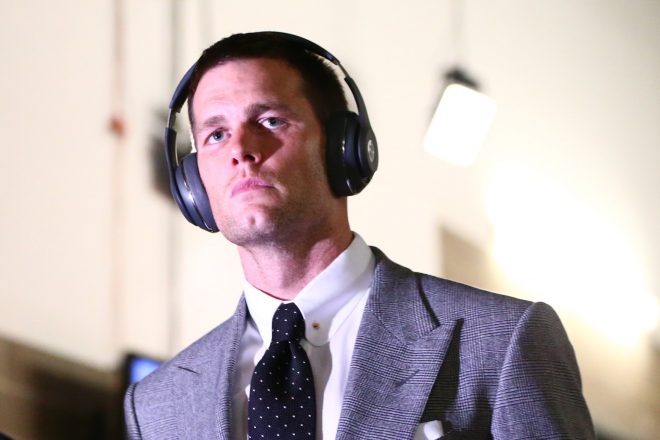 While the wait for where Tom Brady plays on the field this season continues, a new Brady business venture was announced off the field.

According to a Deadline story by Mike Fleming Jr., “The company has quietly assembled a slate of development projects that include several with Brady on camera, in stories spanning sports, entertainment and health and wellness among others.”

The production company is a springboard off of Brady’s previous film success with “Tom vs. Time” and will again feature work with Gotham Chopra but also the Russo brothers of Avengers and Captain America fame.

According to the Deadline piece, Their first major production will be Unseen Football, directed by Chopra and produced by the Russos at ABGO Films.

“The feature is described as a fast-paced, incandescent big-screen 3D adventure documentary designed to take viewers into the invisible realms of football, guided by the most successful quarterback in NFL history. The docu will be a love letter to his sport and Brady will introduce innovative aspects of the game at every level – high school, college, NFL – isolating plays on screen and examining them from the cellular to the macro level. The doc will intensify the football experience by blowing it up to the big screen to immerse viewers in its most explosive and exciting moments.”

While none of this relates to Brady’s immediate NFL future whatsoever, it does provide an early look into Brady’s next career post playing football.

Take a look at Brady’s full statement below.

I’m excited to announce to the world the official launch of 199 Productions. When I was the 199th draft pick in 2000, I knew I needed to work hard every day to prove myself. Launching a production company is no different and I’m humbled to have the opportunity to partner with @therussobrothers, @agbofilms and @gchopra on our first project “Unseen Football.” I believe in the essence of teamwork, and I have no doubt, our 199 Productions team and partners will create inspiring content to share with the world. Stay tuned.. exciting times are ahead, both on and off the field.

By: Ian Logue
With New England sitting with little cap room, something had to give in order for them to get their final three draft picks signed.
9 hours ago

By: Ian Logue
New England Patriots news for 6/24 along with NFL notes.
14 hours ago