3 years ago at 5:50 am ET
Follow @AllThingsPats
Posted Under: Patriots News

Billy Johnson is a player unfamiliar to most fans of the Patriots. That obscurity is unfortunately better than his side of the story. Johnson is one of many former players who are unfamiliar with their daily surroundings. Alzheimer’s robbed him of his memory. The toll of concussions and CTE pay an unforgiving price for these men and loved ones left to care for them.

The hard hitter was a rover back on three major Nebraska Cornhuskers bowl teams. Mike Holovak said Johnson “loves to tackle, and pound for pound is one of the best hitters in the league”. Four injuries (cheek, eye, knee and leg) limited Johnson to six games in 1967. He returned and had a big day in crucial late season game against Houston. Johnson returned five punts for 126 yards, including returns of 52 and 36 yards setting up scores. The 18-7 victory pulled the Pats within 1½ games of the eventual division champion Oilers and earned Johnson the game ball for his role.

Concussion awareness in that era was nearly non-existent. Johnson has lost much of himself to Alzheimer’s. He is participating in a concussion study at Boston University and has also pledged his brain for research. His wife Terri states “he is childlike now” and that she feels as though “I’ve lost my partner”.

Bill Belichick signed Chidi Iwuoma for his special teams play and depth to an injury depleted secondary. The Cal-Berkeley product had 80 career special team tackles, including 19 in 2005 as a co-captain for Pittsburgh. Six years of that play had slowed down the 5-foot-9-inch, 184-pound defensive back by the time he arrived in Foxboro. The Pats cut Iwuoma just four weeks later despite making two more ST tackles. He now works as a scout with the Steelers.

The Patriots traded the 6’8 Hoss to Cleveland on July 31, 1972. He spent two seasons with the Eagles and one in the WFL. Clark Hoss then went back to his alma mater where he had graduated nine years earlier. From 1976 to 2013 Clark Hoss taught social studies and coached football and basketball at West Linn High School in Oregon. He and his wife now operate a beautiful bed and breakfast in northwestern wine country. 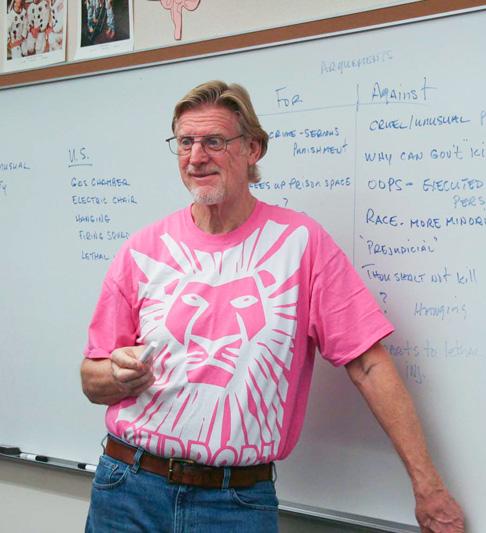 More players born on this date with a New England connection

Dwight Freeney, 40 (1980)
Born in Hartford; from Bloomfield, Connecticut
The seven-time Pro Bowl defensive end was the 11th overall pick of the 2002 draft by the Colts, from Syracuse. Freeney had 125.5 sacks and 128 tackles for a loss over his 16 year career.

Jim Crocicchia, 56 (1964)
Waterbury, Connecticut
Jim was a replacement quarterback during the 1987 strike for the Giants. He also spent one season in the Arena Football League.

Tony Manfreda (1904-1988)
Born in Meriden, CT; Sanborn Seminary in Kingston, NH; Holy Cross
The halfback played briefly with the Newark Tornadoes, who finished the 1930 NFL season with a record of 1-10-1. He holds the Holy Cross record for longest kickoff return from a 1929 game between the Crusaders and Boston University.

By: Steve Balestrieri
“A lot of guys were getting worried because when we were in the middle of camp, we were wondering what the plan was for our…
11 hours ago