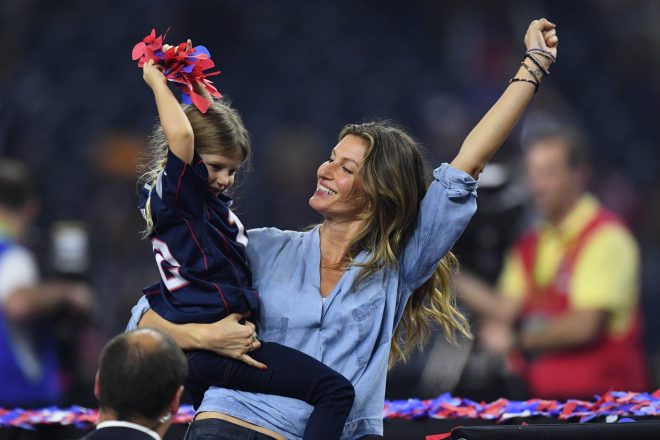 For the past week, New England Patriots quarterback Tom Brady has been touring the country of Qatar as part of Best Buddies International promotional event.

The trip began on Thursday when Brady touched down in the city of Doha with his wife and two children by his side.

A very warm welcome to @NFL superstar #TomBrady as he arrives with his family to #Doha. #BradyInQatar pic.twitter.com/rN8giyuz4x

Tom spent the early part of his trip supervising his kids as they took full advantage of the luxurious accommodations.

On Friday, Brady and his son Benjamin made a surprise appearance at Al Udeid Air Base and met with United States Air Force and Army service members.

On Saturday the Brady clan took a ride on a few camels by the beach, but didn’t forget to include a football.

Rounding out the weekend, Tom and Giselle got some one on one time with a date night.

Back on the beach, Brady continued to sharpen his…kicking skills?

It’s not the first time.

Brady returned home to the Massachusetts on Tuesday afternoon and was welcomed home by his dog Lua.