3 years ago at 7:31 am ET
Follow @SteveB7SFG
Posted Under: 2019 Patriots Regular season 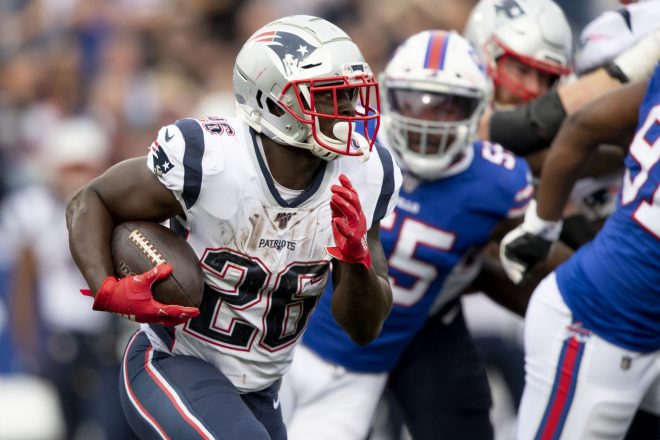 The Patriots head back out on the road this week and are taking on the winless Washington Redskins in Landover, MD on Sunday.

We posted our keys to the game and our positional matchups on Thursday and today we’ll look at the different players from a New England perspective that we’ll be watching if they wish to continue their undefeated run thus far. Bill Belichick has been talking up the 0-4 Redskins all week so that there is no letdown against a lesser opponent.

Here are our Patriots players to watch this week down in Washington as the Patriots take on the Redskins and try to improve to 5-0.

The Patriots haven’t run the ball well this year and have averaged just 91.3 yards per game. And Sony Michel has had a rough time of it early averaging just 2.7 yards per rushing attempt in 2019.  Part of the reason the running game has struggled is on the offensive line where they’ve had several injuries. And let’s not forget that last season’s tight ends, Rob Gronkowski and Dwayne Allen were outstanding blockers. Everything factors in. And of course, perhaps Michel is a tad slow in getting to the hole.

But this week, the Patriots are facing a Redskins team that is allowing 147.5 yards per game and 4.7 yards per rush. Last week they allowed 164 yards to a Giants team that was missing Saquon Barkley. So, the opportunities are there for him to get untracked this week and start building something for the rest of the season when the schedule gets tougher.

Look for Michel to get a lot of work this week, especially if the team can get off to an early lead. The Patriots should be able to run the ball effectively and Michel will be one of the key players to watch this week as the offense looks to rebound after a tough week in Buffalo the week before.  Michel’s battery mates, James White and Rex Burkhead should be very active in the passing game…maybe time to get Sony a few looks too, Josh???

The Patriots and Bill Belichick have had a good record of bringing in veterans from other teams and finding a role for them where they either prolong their career or accomplish more than anyone ever thought possible. Van Noy is arguably one of Belichick’s biggest steals. Drafted by the Lions with the 40th overall pick in the 2014 NFL Draft, Van Noy was highly thought of as a prospect. But the Lions never used his skills correctly and they unloaded him and a 7th round draft pick for a Patriots sixth-round pick in 2016.

Belichick has found a way to maximize Van Noy’s talent and his career has taken off in New England. He’s one of their most versatile and important defensive players on the roster. Last week he was the AFC’s Defensive Player of the Week after his game against Buffalo.

With the Redskins on tap for this week, we look for Van Noy to be a big part in trying to keep RB Adrian Peterson from getting untracked in the running game and for him to play close to RB Chris Thompson who has been very good for the Redskins out of the backfield with 20 catches for 251 yards, [12.6 yard average].

Bill Belichick made it a point earlier this week to mention Redskins rookie outside linebacker Montez Sweat as one of Washington’s dangerous defensive players. Sweat was a first-round pick by Washington this spring [26th overall] one of two Redskins pick in the first round, [Dwayne Haskins #15].

Sweat is still learning his craft in the NFL but after the first two games where he struggled, he’s picked up his game and got his first NFL sack in Week 3 against the Bears. He’ll be rushing from Tom Brady’s blindside on the left. He’ll be taking on veteran Marshall Newhouse on that side.

When Belichick mentions something, it isn’t normally to hear himself talk, so this area will be a point of emphasis for the team this week. Newhouse is going against an athletic, rookie pass rusher who ran a blistering [4.41] time in the 40 at the Combine. But the Patriots may be looking to run the ball to the left this week away from Ryan Kerrigan. That means Newhouse will be taking on the rookie in trying to get the RBs to the second level.

Gilmore’s rise among the NFL’s best cornerbacks means that he routinely gets the opponent’s best wide receiver. The veteran who always speaks quietly but confidently is the opposite of the many other brash but mostly less talented corners in the game.

Gilmore has an intriguing matchup this week with the rookie speedster Terry McLaurin from Ohio State who is off to a tremendous start to his career. McLaurin who runs a 4.35 in the 40-yard dash has set a rookie record with at least five catches and a touchdown in each of his first three games. He can be a legitimate big play, deep threat receiver in the league. He missed the Giants game with a hamstring issue but was back at practice this week, albeit in a limited capacity. He may be a game-time decision.

If he does play this week, this will be a matchup to watch. The Redskins know, it will be hard to slowly move the ball down the field against this Patriots defense, they will have to get some chunk plays in the passing game. And Gilmore, who is among the very best in the league will be matched up with the very talented rookie.

We were tempted to go with Tom Brady here, since all of the hot-take dolts on the national front drool over the Monday beat whenever Brady has [very infrequently] a bad day. But Brady rarely has two bad games in a row, and we expect him to be sharp this week. So, we’re going with Ben Watson, fresh off his four-game vacation, courtesy of the league office. Watson was back to practice this week, and it isn’t even certain that he’ll play yet, but we’re going on the assumption [dangerous game there] that he will indeed by activated and play this Sunday.

And the Patriots could surely use him too. Julian Edelman is playing with banged-up ribs, Josh Gordon has a knee issue that just popped up on the injury report and … oh yes, the current tight ends have been non-factors in the passing game and haven’t set the world on fire blocking either.

While Watson was never known as a devastating blocker, he can at least hold his own and in the passing game, although 38 years old, he still runs well and can challenge the seams which should open up things a bit for the wide receivers underneath.