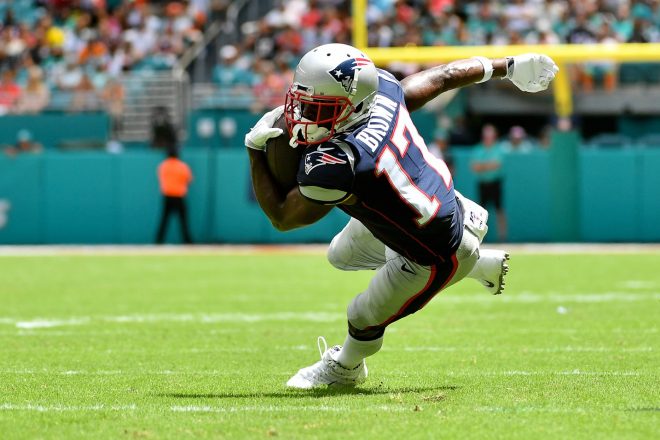 The New England Patriots entered their Week 2 match up with the Miami Dolphins seeking to improve upon their recent struggles at Hard Rock Stadium over the past decade.

The Patriots found themselves as heavy 18.5 point favorites, the largest spread in any NFL game since 2007.

Check out all the best sights and sounds from social media before, during, and after the game below.

In the first quarter the Patriots stuck first on a Sony Michel run.

In the second quarter, the Patriots sought some separation from the Dolphins.

A third and long reception by Phillip Dorsett helped set up their second touchdown of the game.

In his first game in a Patriots uniform, Antonio Brown wasted no time hauling in his first touchdown reception from Tom Brady.

The Patriots went into the half with a 13-0 lead that felt much larger due to the continued success of the defense.

In the third quarter, the Patriots began to pull away from the Dolphins.

By the time the fourth quarter rolled around, the Patriots defense got in on the scoring action to turn the game into a laugher.

With the Patriots up by 37 and under 5 to play in the game, Tom Brady stayed on the field until the very end.

A James White touchdown pass from Tom Brady finished off the rout.

The Patriots wrapped up week 2 with a dominating 43-0 victory in Miami that saw both sides of the ball dominate for the second week in a row.