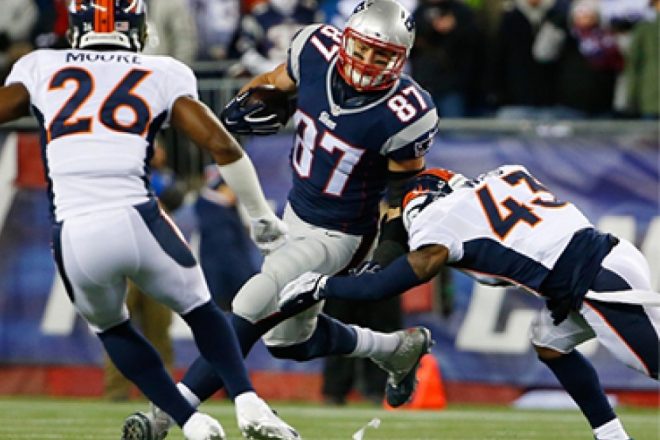 “Former New England Patriot Rob Gronkowski joined CBSN to discuss his life after retiring from football. He spoke with Reena Ninan about the state of the NFL, his push for the league to embrace the cannabis industry, and his new CBD business venture.”

In the interview, Gronkowski also revealed new information about his health and the toll football had on his body towards the end of his career.

Gronkowski was asked how he felt about letting his kids play football one day.

“I would let my son play football, but first I’d educate him on the game,” Gronkowski told CBS News. “[I would] educate him on what I went through, and I truly believe that any injury you receive is fixable, though. I mean, I went through it. I had nine surgeries and probably had, like, 20 concussions in my life — no lie. I remember five blackout ones.”

These latest revelations continue provide more clarity into Gronk’s decision to retire and the dark,disturbing effects concussions continue to have on the human body.

Since his official retirement announcement in March, Gronk continues to stress how unhappy he was towards the end playing football.

“I want to be clear to my fans,” Gronk said, per ESPN.com’s Mike Reiss. “I needed to recover. I was not in a good place. Football was bringing me down, and I didn’t like it. I was losing that joy in life.”

Check out more of Gronk’s thoughts in the full interview below.