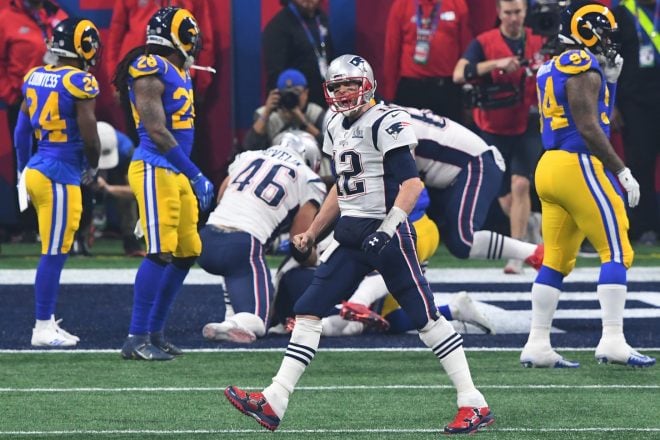 At the time of this posting, its been 107 days since the New England Patriots defeated the Los Angeles Rams for their sixth Super Bowl title.

With the parties, celebrations and parades long over, the Patriots have already begun turning the page to 2019 and are looking ahead to Tom Brady’s favorite ring…”The Next One”.

As for the Super Bowl loser Los Angles Rams, it appears at least one of their players is struggling to move on from the defeat three months later.

Yep…it’s not exactly the most complementary of clothing.

The “Anti-Boston” post doesn’t appear to be bothering the Patriots however, take a look at who “liked” the photo.

For the record Todd, that accent you’re making fun of just received some national praise.