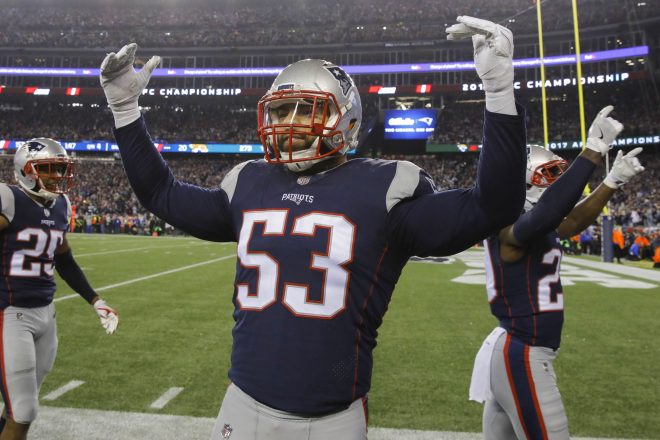 Tuesday night the Boston Bruins squared off against the rival Toronto Maple Leafs in Game 7 of the National Hockey League’s first round playoffs.

In an effort to help push the Bruins to victory, members of the Super Bowl champion Patriots voiced their support throughout the night.

Things kicked off when Julian Edelman was named a Bruins fan banner captain before puck drop.

Edelman wasn’t finished, he later chugged a beer while shown on the TD Garden jumbotron much to the delight of the fans.

Throughout the tight contest, a few other Patriots tweeted out their Bruins reactions.

The Bruins went on to win the game by a final score of 5-1 to advance to the second round against the Columbus Blue Jackets.

The Bruins series win marked the eighth consecutive playoff round victory for a Boston sports team dating back to the Red Sox 2018 ALDS last fall.

Who has it better than Boston?