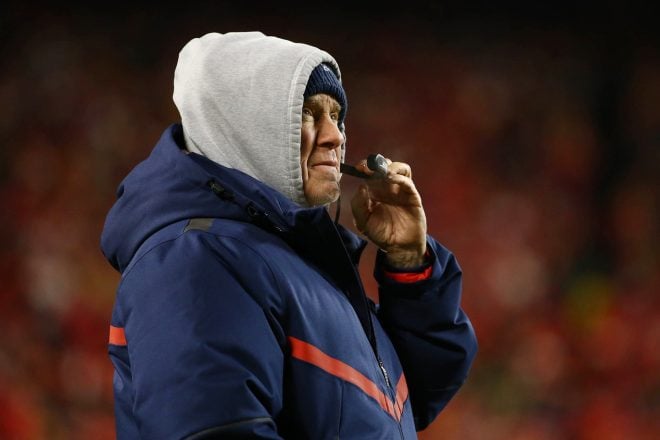 It was a gloomy, overcast Sunday afternoon in Boston.  At the old Boston Garden, the Boston Celtics and the Philadelphia 76ers were playing Game 7 of the 1982 NBA East Finals.  It was just like the previous year, in 1981.  The Sixers ran to a 3-1 games lead in the East Finals, but the Celtics won Game 5 at home and Game 6 at the Spectrum to force the seventh game at home on a Sunday.

In 1981, Larry Bird’s clutch shooting and a smothering team defense helped pull out a 91-90 win to send the Celtics to the NBA Finals, which they won in six games over the Houston Rockets.  1982 proved to be totally different.  Andrew Toney hit on 14 of 23 from the field for 34 points, UMass’ Julius Erving chipped in with 29 points, the Sixers won every quarter and advanced to the NBA Finals with a convincing 120-106 win.

With about five minutes left in the game, and the outcome decided, something strange happened at the Garden.  The fans could be heard chanting “Beat L.A.!  Beat L.A.!  Beat L.A.!”  In a show of tremendous sportsmanship, the Celtic fans uplifted the visiting Sixers in hopes they would beat the Lakers in the finals.  The broadcasters for CBS, Dick Stockton and Bill Russell, picked up on it and applauded the crowd for being such good sports.

For the record, the Lakers won the title in six games, so the chants didn’t work that year.

Two years later, the Celtics and Lakers staged an NBA Finals for the ages.  It went the seven-game limit, with the Celtics winning Game 7 at steamy hot Boston Garden, 111-102.  All throughout the series, Garden fans kept bellowing “Beat L.A.!  Beat L.A.!  Beat L.A.!”  The following year, the chants came back as these two teams once again battled for the NBA title, but in 1985 the Lakers won the championship with a clinching Game 6 win in Boston.  Two years later, the chants returned, but the 1987 Lakers took the Celtics in six games, winning the clincher out in the LA Forum.

It took nineteen years, but the chant finally returned in 2008.  Everyone in the region celebrated the return of the Celtics and Lakers to the NBA Finals, calling it “just like old times!”  The Celtics won it all in six games, culminating in a 131-92 demolition of the Lakers in the clincher.  Two years later it came back again, but the Lakers took the Celtics in seven games, clinching out west at the Staples Center.

The chant went dormant for eight years, but it came back.  Just not at the Boston Garden, or the TD Garden, but rather at Fenway Park.

Last fall, the Red Sox and Dodgers hooked up in the 2018 World Series.  Games 1 and 2 were at Fenway, and all throughout the games you could hear the “Beat L.A.!  Beat L.A.!  Beat L.A.!” chants.  The Sox won the series in five games, clinching out at Dodger Stadium, but hearing the old Celtic chant at a different venue was delightfully different and fun to listen to.

Now, a little over three months later, the chant gets to come back.  It’s too bad that it won’t be at Gillette Stadium, but rather at Mercedes-Benz Stadium in Atlanta in two weeks, as well as various sports watering holes around greater Boston and all throughout New England.

The Patriots and Rams will play in Super Bowl LIII in two weeks.  Since first meeting in the Big Show seventeen years ago, the Rams left St. Louis and moved back to the second city of their existence, as well as the city still most identified with this franchise.  The Rams have now been back in Los Angeles for three seasons, and even though the local, indigenous Rams fans are still outnumbered by fans of the visiting team, thus far the Rams have been a huge hit in Los Angeles, with a palatial new stadium just a little over a year away.

And with the Rams being back in LA, it’s time for Patriot Nation to join Celtic and Red Sox fans and belt out maybe the most celebrated chant in the history of Boston sports:

The nice thing about this time to bring back the chant is that it’s quite possible that much, if not most, of the nation might be on the side of the Patriots.  Even though the USA in general is sick of the Patriots returning for still another Super Bowl, the nation might be more upset at the Rams thanks to the penalty that wasn’t called on Nickell Robey-Coleman for clobbering Tommylee Jones way too early as he was trying to catch a sideline pass from Drew Brees.  Suffice it to say that everyone in the Big Easy and the entire Bayou State will be huge Patriot fans over the next two weeks.  But this missed call, which the NFL office admits was a mistake, might shift the nation towards being in favor of the Patriots.

Add to that the tenuous state of local sports fans in southern California, and it’s largely possible that in two weeks in Atlanta, you might have a very pro-Patriot crowd.  And if that’s the case, you the Patriot fan who gets to go to the big game needs to hunker down with Celtics fans and learn this chant.

That’s being facetious, of course.  You already know the chant.  Yelling it with the proper passion might take a little practice, especially if you are not a basketball aficionado.

The Super Bowl won’t be at Gillette, but rather at a neutral site.  Yelling this chant in the Garden or Fenway is one thing.  But at a neutral stadium, it will be a different environment.  And if you do get a stadium filled with Rams haters or indifferent fans who are there just because of who they know or what their placement on the Forbes list of the richest Americans is, Patriot Nation has to take the lead here and teach the crowd this wonderful chant.

Therefore, when those of us who will have to watch the Super Bowl at home and can’t be there to join the Patriot throng in being de facto cheerleaders are either sitting at home or at a party watching the game on TV, we need to hear it.  We need Jim Nantz and Tony Romo to recognize it and say something, not that they will know its origins.  We need Rams Nation (if such a group of fans actually exists) to hear it.  It has to be there.  And it has to be strong.

This is a most delightfully unexpected need to chant this again.  Celtics and Red Sox fans know what to do.  Time for Patriot Nation to get their pipes ready to yell it, loud, strong and often.  It’s arguably the most famous chant in the region.

READ NEXT:
No, Salty Haters, the Overtime Rules Don’t Need to Be Changed
Posted Under: 2018 Patriots playoffs

By: Ian Logue
Heading into Monday night's match-up, if ever there was a sense of urgency, it's probably safe to say there needs to be a heightened state…
53 mins ago