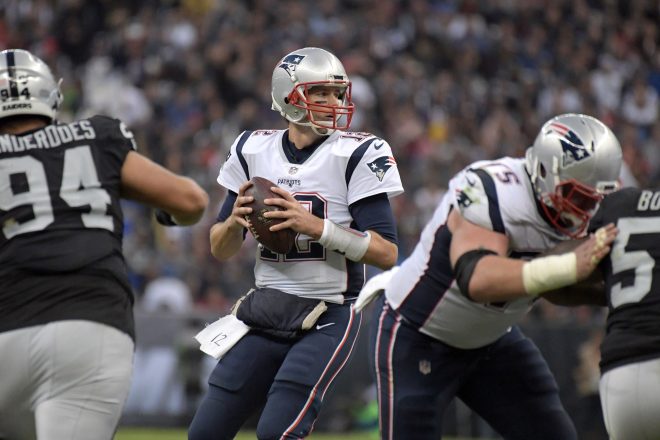 If you didn’t look close enough, you may have missed Tom Brady’s retirement teaser.

On Instagram Tuesday, ESPN shared a post that quoted a line from Brady’s appearance on Oprah Winfrey’s “SuperSoul Sunday” program when he said retirement is coming “sooner rather than later.”

Buried in the comments to the post, was one written by none other than Tom Brady (or his social media team?) that said “cuarenta y cinco” or 45 in Spanish.

It’s not the first time Brady has referenced 45 as a potential career end, in May 2017 he told ESPN’s Ian O’Connor “I always said my mid-40s, and naturally that means around 45.”

Does it mean Brady finally has come to a conclusion on a set date, or is he merely a social media genius and writing a number to attract viewers to his own Instagram account?