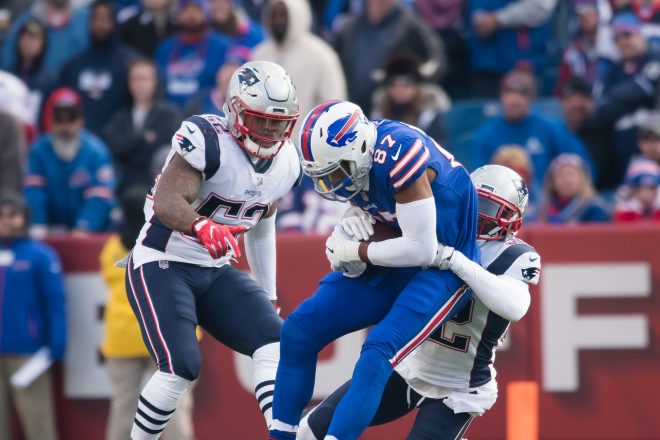 On Friday, the New England Patriots signed free agent wide receiver Jordan Matthews to a one-year contract, the terms of the deal were not announced.

On his Twitter account Sunday, Matthews reflected back on the news with a photograph of himself and his wife after signing the new contract.

Matthews, a former second round pick by the Philadelphia Eagles in 2014, battled injuries in 2017 that limited him to 10 games, but he hopes to bounce back catching passes from Tom Brady in 2018.

I know I’m late but I wanted to take the first couple of days to really reflect on how far the Lord has brought me and what He’s calling me to do in New England. The opportunity to play for the Patriots is the ultimate honor and I’m excited to get to work with the guys! LETS GO!! pic.twitter.com/nro7cRfc9i

How Was This Article?
Posted Under: 2018 Patriots Offseason
Tags: Jordan Matthews