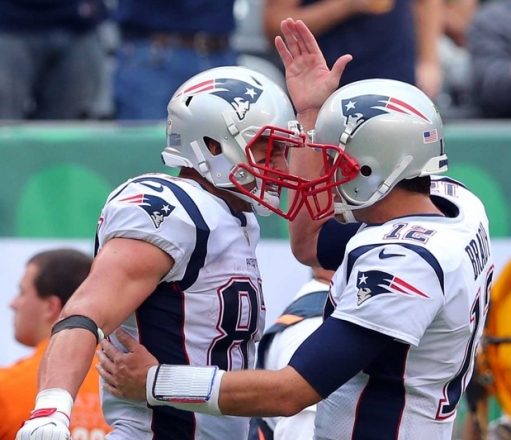 “I’m done with football,” Gronkowski said. “Love the game. Definitely blessed with all the opportunities the game of football has given me, and relationships — obviously here in New England Patriots for nine seasons, and down in Tampa for two. But done with football and stepping my feet into the business world, business ventures, and just seeing what’s out there and where I can find my place.”

Gronkowski’s first retirement came following the Patriots’ Super Bowl LIII victory before he elected to return to the NFL in 2020 and join Tom Brady with the Buccaneers. They of course would go on to win a fourth Super Bowl together.

Now as for if Brady could pull him out of retirement again, Gronkowski said the following when asked how he would respond to an inquiry phone call from his longtime quarterback.

“I would answer, obviously, the greatest quarterback of all time. Ask him how he’s doing. Tell him I’m doing good. But I wouldn’t go back to football, no.”

You can listen to Gronk’s full comments courtesy of the following tweet from Mike Reiss.

Rob Gronkowski on his transition from football to business, and declaring he will remain retired even if Tom Brady calls … this morning at @iceshakerbottle event in Boston. pic.twitter.com/8pHAOufklX

How Was This Article?
Posted Under: Patriots Twitter
Tags: Rob Gronkowski Tom Brady