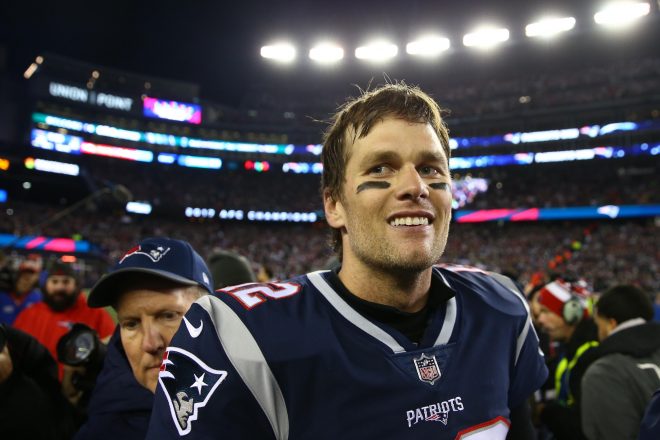 On Monday morning, New England Patriots quarterback Tom Brady began his promotional tour for the final episode of “Tom vs Time” which was uploaded to Facebook this afternoon.

His first stop was the set of “Good Morning America”, where he sat down with his friend and former NFL linebacker Michael Strahan to discuss the six episode series, the balance between football and family, and the lessons he learned and taught his children when it comes to Super Bowl defeat.

Strahan is an executive producer for “Religion of Sports” the documentary series that produced “Tom vs Time”, he interviewed Brady in two parts that can be viewed below.

Tom Brady speaks out on Super Bowl loss: 'You realize the sun comes up the next morning' https://t.co/DxQNB2oqqY pic.twitter.com/ZDnPZMtTfH

EXCLUSIVE: Tom Brady opens up to @michaelstrahan on playing football at 40, his family, and his docu-series. pic.twitter.com/nOcrSQNiBA

How Was This Article?
Posted Under: 2018 Patriots Offseason
Tags: Michael Strahan Religion of Sports Tom Brady Tom vs Time