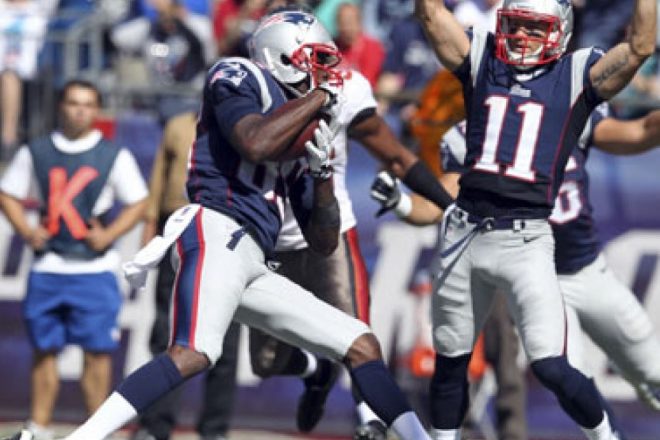 When the Minnesota Vikings stunned the New Orleans Saints in this past Sunday’s divisional round following Stefon Diggs 61 yard game winning touchdown, Patriots fans may have had a flashback to a similar ending against those same Saints four years ago.

On October 12th 2013, quarterback Tom Brady orchestrated one of his more memorable comebacks when he found rookie wide receiver Kenbrell Thompkins for a game winning touchdown with five seconds remaining on the clock in a stunning 30-27 victory.

Flash forward to Sunday, immediately after the Vikings win, Thompkins couldn’t resist recalling that moment with a subtle trolling tweet that caught the eye of Patriots Nation, and already defeated Saints fans.

I’m familiar with Saints losing in that fashion

Talk about rubbing salt in the wound.

How Was This Article?
Posted Under: Patriots Twitter
Tags: Kenbrell Thompkins