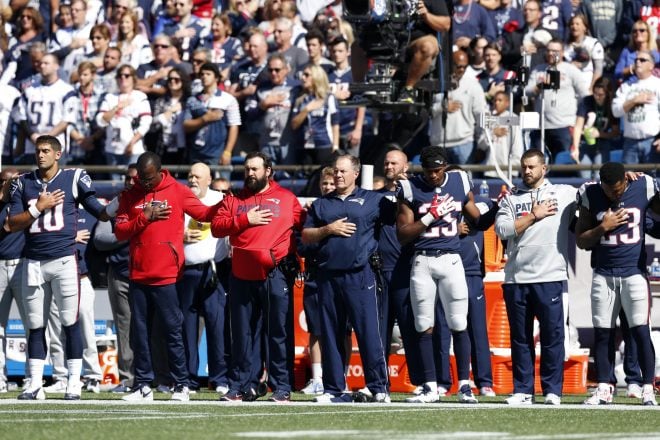 While New England Patriots head coach Bill Belichick would want nothing to do with the following story, the team officially announced on Tuesday its list of opponents for the 2018 regular season.

On the road, the Patriots will travel to play the Pittsburgh Steelers, Jacksonville Jaguars, Tennessee Titans, Detroit Lions, Chicago Bears, and their AFC East rivals.

At first glance the schedule will feature six opponents that qualified for the 2017 NFL playoffs and marks the third season in a row the Patriots will play at Heinz Field in Pittsburgh. The 2018 season will also be headlined by a Tom Brady/Aaron Rogers matchup at Gillette Stadium for the first time ever, and the first since the Patriots traveled to Green Bay in 2014.

Dates and times for the 2018 season will be released at a later date by the NFL.

READ NEXT:
Podcast: The Coaching Carousel And The NFL Playoffs
Posted Under: Patriots News