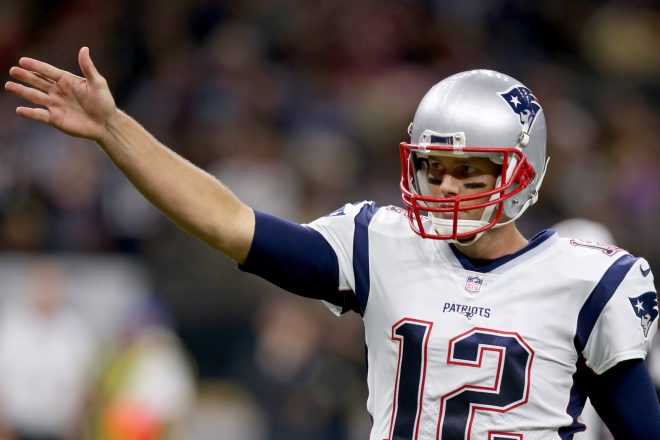 For an NFL record 28th time in his NFL career, New England Patriots quarterback Tom Brady was named AFC Offensive Player of the Week for his performance in the teams 36-20 victory over the New Orleans Saints.

The honor moves Brady out of a tie with former NFL quarterback Peyton Manning for the most in league history.

The award marks the first New England Patriot to receive a weekly honor in 2017, last season the Patriots earned seven Player of the Week Awards and two Player of the Month awards.

Just another day for the 🐐 pic.twitter.com/4QqYlXPMc1

READ NEXT:
How The Patriots Successfully Executed A Field Goal With No Timeouts Remaining
Posted Under: Patriots News
Tags: Peyton Manning Tom Brady