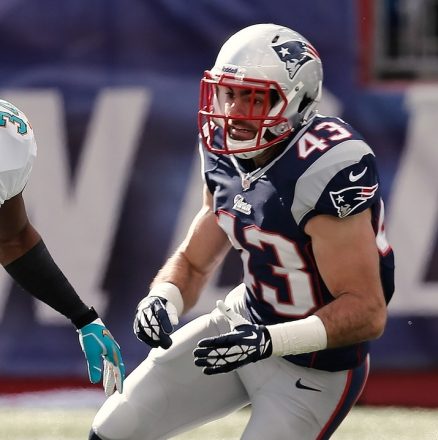 Every Wednesday following the Major League Baseball All Star game the night before is often deemed “the worst day on the sports calendar” in the United States.

With no baseball games, hockey and basketball wrapped up, and football training camp remaining a few weeks away, ESPN started its “ESPY’s” award show in 1993 to try and help fill the void during a quiet time.

This year as defending Super Bowl champions, the New England Patriots were up for multiple awards and therefore were to be included in a few funny skits and moments throughout the program.

Ready for the @ESPYS! pic.twitter.com/LV2VR5ncj5

For once, #Patriots fans agree with Peyton Manning. #ESPYS pic.twitter.com/xp3PPZcKfz

This whole Patriots – Falcons bit was pretty funny, I will admit it #ESPYS pic.twitter.com/28WjD34CNl

Three major moments involved host and former rival Peyton Manning, beginning with a funny skit involving Tom Brady checking in on his grandmother at a retirement home Manning “lives” at with a subtle jab at the Super Bowl ring count between both quarterbacks.

A second skit was about Peyton Manning’s Super Bowl party and the wave of emotions the former quarterback went through for a game he supposedly didn’t care about as the Patriots mounted their 25 point comeback.

Last but not least, Patriots wide receiver Julian Edelman stole the show with a surprising roast of Peyton’s career struggles in outdoor playoff games when the team received the Espy award for best game.

During a powerful segment about Saints superfan Jarrius Robertson, a familiar looking, slightly modified t-shirt was spotted on the Jimmy V Award winner.

Jarrius Robertson is the coolest kid alive. And Pats fans will love his taste in T-shirts. pic.twitter.com/4TF8OYcCre

At the after party, Julian Edelman caught up with other celebrities.

What about Bob? #photobombed