5 years ago at 8:36 am ET
Follow @IanLogue
Posted Under: Uncategorized 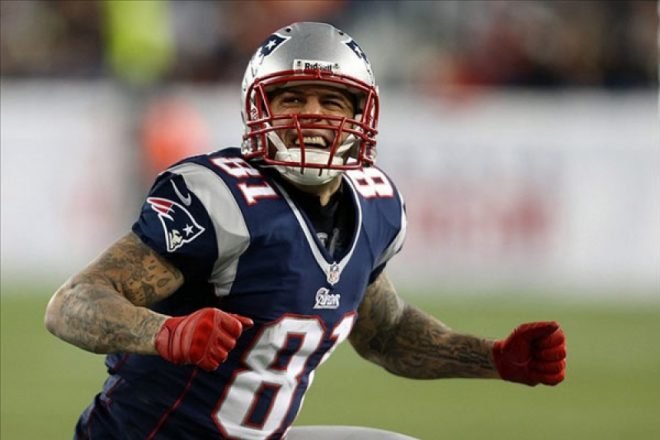 His name hasn’t been mentioned here since being charged with murder several years ago, but it looks like former Patriots tight end, Aaron Hernandez, has seen his story has come to a shocking end.

According to a statement released by Massachusetts prison officials, the 27-year old was found in his cell shortly after 3 a.m. hung by a bed sheet that he had attached to his window, and had also jammed his door with “various items”.

This comes just days after he had been acquitted on two murder charges and his attorney had appeared on WEEI feeling very confident he would be able to overturn the original conviction that had Hernandez serving a life sentence for the brutal murder of Odin Lloyd.

His death comes on the same day the Patriots will visit the White House, with spokesperson Stacey James telling ESPN, “We are aware of the reports, but I don’t anticipate that we will be commenting today.”

How Was This Article?
Posted Under: Uncategorized
Tags: Aaron Hernandez