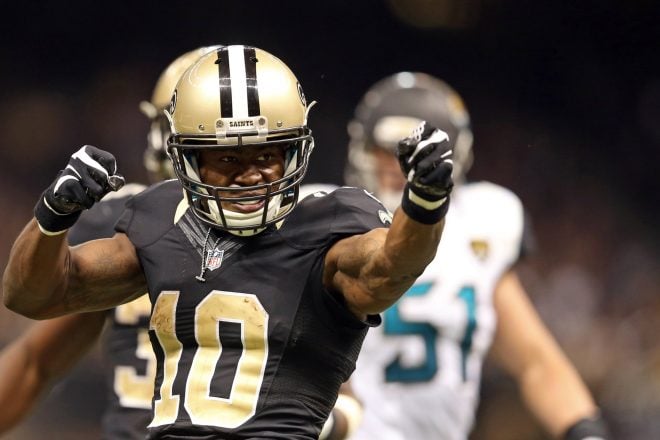 The Patriots made another big trade on Friday evening. Diana Russini of ESPN has reported the Patriots have landed WR Brandin Cooks from the New Orleans Saints and the Saints 4th round draft pick #118 for the Patriots 1st round pick, #32 and the Patriots third rounder #103.

Cooks was the subject of an earlier trade rumor concerning Patriots CB Malcolm Butler. Butler wasn’t included in the deal and now one must wonder if the Pats have mended their fences with Butler or is there another trade coming?

Cooks 23, will join a Patriots offense that features Tom Brady, Rob Gronkowski, Julian Edelman with James White, and Dion Lewis out of the backfield. Brady had a 124.4 QB throwing the deep ball in 2016 to Chris Hogan. With Cooks now working the outside, the Patriots offense just got a lot more dangerous.

Bill Belichick raved about Cooks two years ago during the preseason, and Cooks’ performance during joint practices last year in Gillette did nothing to change his mind. The first day of practices, he had his way with Butler, which the corner freely admitted afterward. Now, Cooks joins New England and is on the final year of his rookie deal although the Patriots hold a fifth-year option.

This free agency period has been crazy thus far with a number of moves the Patriots are making….what’s next?