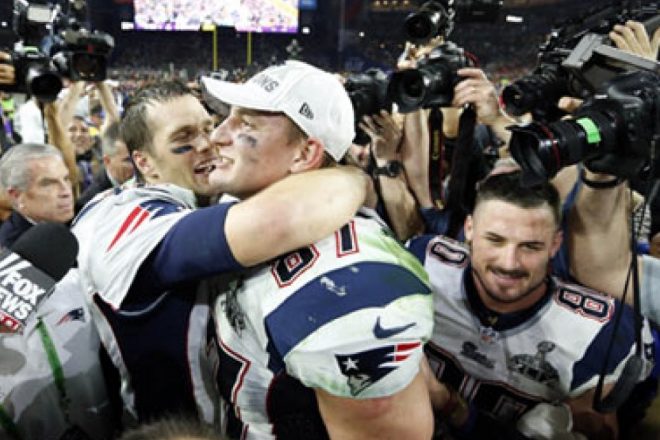 Brady, a well known competitor on the field, was given free reign to speak his mind on Conan O’Brien’s show, and the result was uncensored, unfiltered comedy not often seen publicly or at press conferences.

Before playing the video game “For Honor”, O’Brien asked Brady if he’s “intense at playing video games as you are playing football?”

“I’ve broken a lot of remotes in my day and a alot of TV’s,” Brady jokingly replied.

How Was This Article?
Posted Under: Patriots Video
Tags: Rob Gronkowski Tom Brady