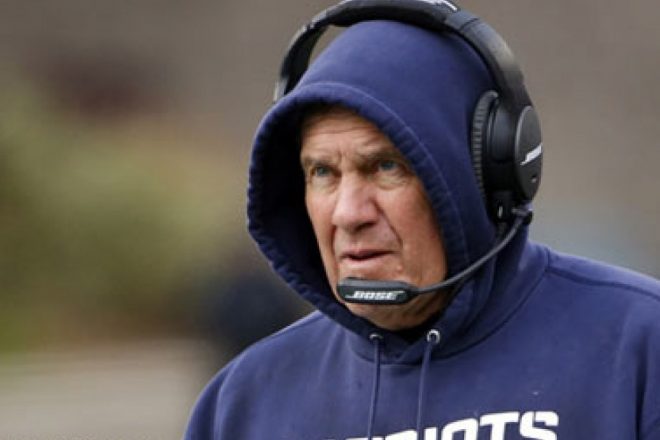 Raise your hand if this one doesn’t surprise you.

Patriots head coach Bill Belichick is notorious for harping on “focusing on what you can control” and apparently cosmic forces don’t fall into that category.

If anyone wondered if Belichick might have been a creature to routine or any type of superstition on game day, that’s apparently not the case.  He was asked by a reporter Monday night from Alaska TV how superstitious he was, Belichick responded, “not at all.”

“I’m really not superstitious,” Belichick said via USA TODAY. “I mean, I wish that’s all there was to it. Then we wouldn’t have to deal with all the other things we do to prepare for a game. We’d just wear the same socks each week, but I don’t really think that’s the answer, with all due respect.”

He might claim he’s not superstitious, especially since he’s gone against the grain in the past having worn certain hoodies during certain big games that we won’t discuss (despite not wearing one all year), but you might be able to argue that he might be a little superstitious given that we haven’t seen that one since.

Hopefully he’s not wearing it Sunday.

READ NEXT:
Defending the Falcons RBs Will Be a Key to a Patriots Victory
Posted Under: Uncategorized