6 years ago at 10:26 am ET
Follow @IanLogue
Posted Under: NFL Commentary 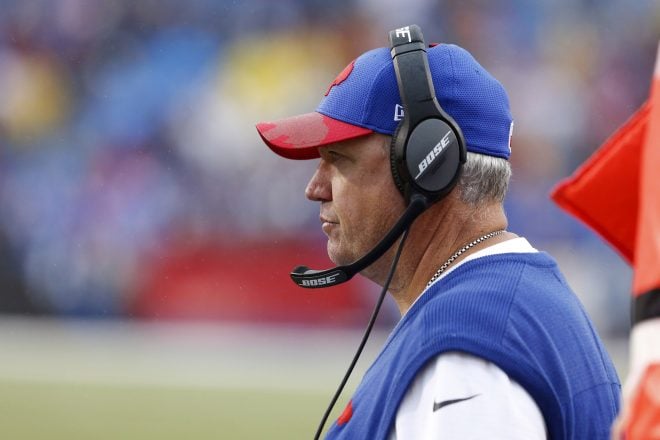 Buffalo Bills fans created an incident that will go down in infamy, which will likely be one of those, “Remember that time Bills fans threw that thing on the field?” moments that will probably never be forgotten.  If nothing else, it sounds like the Bills are at least trying to make sure it never happens again.

We’re referring to the incident in their previous meeting where a fan threw a sex object onto the field as the Patriots were down in scoring territory on Buffalo’s end of the field back on October 30th.

It appears the organization has done some due diligence and located who was behind it and, as a result, they’re sending a message to future potential offenders after announcing that the ones involved in the incident won’t be attending future Bills games.

Brian Mazurowski out of Buffalo reported that the fans involved have been banned for life after pulling off a stunt that made national news for all the wrong reasons.

We’ve seen some strange things over the years but this one certainly eclipses the majority of them.  You can’t help but shake your head and realize that just when you think you’ve seen it all, leave it to Bills fans to remind you that they’re always up to the challenge to do something crazy enough to change that.