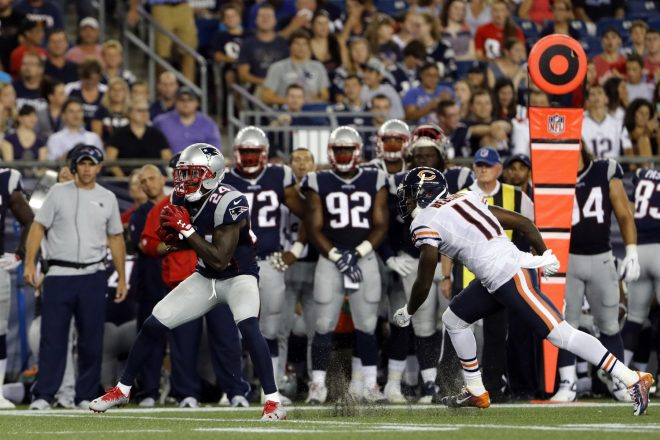 We’re at the end of the week, and here’s a look at this morning’s top stories:

Jones on his rookie year ‘It’s Been Up and Down’ – Cyrus Jones has had a tough rookie campaign and at the halfway point of 2016, he knows that he still has his work cut out for him.

The rookie defensive back, who has seen himself accomplish the rare feat of being ejected from an NFL game, had a rough outing Sunday night after committing a fumble on a kickoff return that fortunately didn’t result in a turnover, adding to what has been a tough start to his short career.

Mental errors and a lack of discipline are obviously frowned upon here in New England, and the former second round pick knows he’s made his fair share of mistakes so far and now he’s just trying to learn from them. He told reporters when he assessed his performance Wednesday that all he can do now is try and move forward and try to get better.

“I mean, it’s been up and down, you know, but, I mean, I’m good,” Jones said via Patriots.com. “Just trying to get better. Just trying to go out there and practice and every time I get out there [in a game], just taking advantage of the time to get better and learn from my mistakes. Try not to repeat them.”

The ejection, which happened in Week 5 on the road against the Browns, was certainly a low point as it saw him deactivated for the next three games, but Jones admitted that it’s something he’ll just have to learn from.

“I’m a competitive person and have a lot of confidence in what I can do,” said Jones. “It was tough not being out there with the team and helping them win. At the end of the day, I have to put my pride to the side and continue to work hard and wait till I get my next opportunity.”

No Gronk, Solder Thursday – Patriots tight end Rob Gronkowski missed practice for the second-straight day thanks to the chest injury he sustained on Sunday night against the Seahawks, which likely enforces reports that he’ll be out of action when the team travels to take on the 49ers this weekend.

Given that Gronkowski was advised against flying, even on a short trip to New York to participate in an event for EA Sports on Tuesday, the odds are probably pretty good that he won’t make the nearly 7-hour flight from Boston to San Francisco.

The team will reportedly take that flight Friday in preparation for this weekend, leaving a day earlier likely to give them time for their bodies to acclimate to the 3-hour time change before Sunday’s match-up.

Meanwhile Nate Solder and rookie Woodrow Hamilton were both absent Thursday, while Solder’s absence is reportedly unrelated to injury.  Solder missing practice is one of the more curious, but primarily due to his value up front.  He’s one of the biggest reasons behind the Patriots’ success on the offensive line both in pass protection and the ground game, with the team seeing improvement in both areas this season.  Not having him would certainly put a damper on things in that regard, so hopefully he’ll be in the line-up this weekend.

Other notable names on the injury report but who were out there included tight end Martellus Bennett (ankle), Julian Edelman (foot) and Chris Hogan (back) and Alan Branch (back) were also listed, with each being “limited” Thursday. 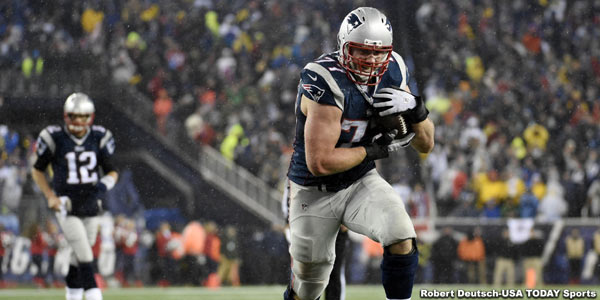 Nate Solder was one of the notable names absent on Thursday.

Seattle’s Ryan Comments on Patriots Fans’ Heckling Sunday night – Seahawks punter Jon Ryan spoke with ESPN’s 710am in Seattle and talked about what it was like to play in New England, and one of the things he walked away with was his confusion over the bizarre nature of the verbal lashings he was being hit with from fans who were at Gillette Stadium.

“This one guy just kept on yelling about how fat I was,” Ryan said via the station’s website. “Like, ‘Ryan, I know what your favorite holiday is: Thanksgiving. Yum, yum, yum.’ I’m like, dude, what are you talking about?”

Ryan shot back with some insults of his own, joking about the reasons why someone would act like that to begin with.

“Ninety-nine percent of it is funny,” he said. “You just kind of laugh and you just feel bad for them. The fans kind of sit in the front row and they’re paying like $500, $600, $700 dollars for these seats and then they don’t even watch the game. They just yell at the other team. Then they go to their dead-end job the next day. They go home to their wife (who) cooked a terrible dinner and their crappy little kids and that’s how they live. That’s what I tell myself when they’re telling at me that I’m fat. I’m like, well, you yell at me because the rest of your life is awful.”

One thing Ryan did go on to talk about was about how great it was to get a win after many people didn’t give his team much of a chance coming into their match-up against New England, which he was surprised to see given how much success his team has had in recent years.

“You say it’s just another game and everything, but this one had a little something extra behind it,” he said.  “It felt pretty good. It was a weird thing going into a game for us and no one giving us a shot to win. That’s kind of unusual for what we’ve done the last four years but not too many people gave us a chance to win that game and we came out.”

Brady Expecting a Big Showing In His Home Town – The last time Tom Brady went into a season with aspirations of playing in the same stadium as the team he loved growing up, that opportunity vanished mere moments into the 2008 season when Kansas City’s Bernard Pollard dove into Brady’s knee and bent it bad enough to tear his ACL, ending his season before it ever get started.

Now here he is, nearly a decade later with the same opportunity and he’s excited that he’ll have plenty of people there to cheer him on after making plenty of ticket arrangements for his friends and family.

“A lot. More than ever, so I’m happy to do it. I may never get the opportunity again, so it’s nice to have all the support, and I’ve had a lot from the Bay Area over the years. My high school, my elementary school, and I still have so many friends from growing up and coaches, my family, my aunts and uncles, cousins. It will just be a lot of fun to be out there.”

The last time the Patriots were scheduled to play out there in 2008, the San Mateo native admitted that he made similar arrangements but his injury ended any hope of being able to play in his home town. It was disappointing since the experience would have held a lot of meaning, as it was the same area where he watched the 49ers enjoy a similar dominance that Brady himself has gone on to eclipse as quarterback of the Patriots.

Having not played in San Francisco during his career, it’s the one of just four active stadiums where Brady has never thrown a touchdown pass.  Now he’s just excited to get out there where he’ll hopefully change that, and he’s looking forward to the experience.

“I was lucky to grow up in the Bay Area at that time and I always remember it being all the Super Bowl rallies and my mom taking me out of school and banging pots and pans on the El Camino after they would win Super Bowls.”

“Those memories never go away.”

Hopefully he’ll have a memorable game this Sunday.

READ NEXT:
Patriots – 49ers Keys, Who Has the Razor’s Edge?
Posted Under: Daily Patriots Rundown